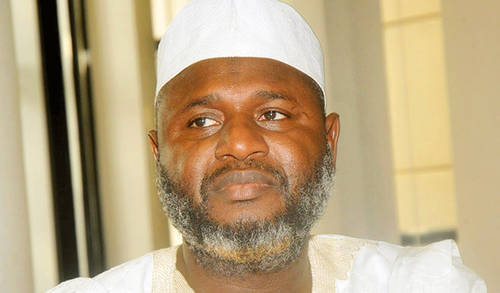 Former governor of Zamfara State and presidential aspirant of the All Progressives Congress (APC), Ahmad Yerima, has boasted that he will become the next president of Nigeria, Njenje Media News reports.

Yerima, while speaking during an interview on Channels Television’s Politics Today on Tuesday, said he has over 15 million registered supporters to make him become the president as previous presidential elections were won by not more than 15 to 16 million votes.

“We are using technology; we have an application that is available on iOS and Android devices. You can go and see; I have more than 15 million supporters now with their phone numbers and pictures.

“If you look at previous elections, most of the presidents that have won have won with 15 to 16 million votes so I’m confident that with the kind of followers and supporters I have already, then it is possible I become the president Insha Allah,” he said.

He also said his past performance and experience are enough to run a country.

“I have served this country in many places, I was governor for two terms and senator for twelve years. I also worked in the Central Bank so Nigerians believe that I have seen a lot in governance and have enough experience to run this country, and my performance in previous offices has made the people confident in me that I can handle higher office,” he said.

Yerima also stated that it was the response and assessment he got from social media that pushed him to join the presidential race.

“In this age of technology, you can assess yourself through social media which is very open and transparent. I have seen responses from Facebook, Instagram and other social media platforms and the interactions I have with my over 1,000 support groups that have been working since 2019, my inspirations did not start today,” he said.