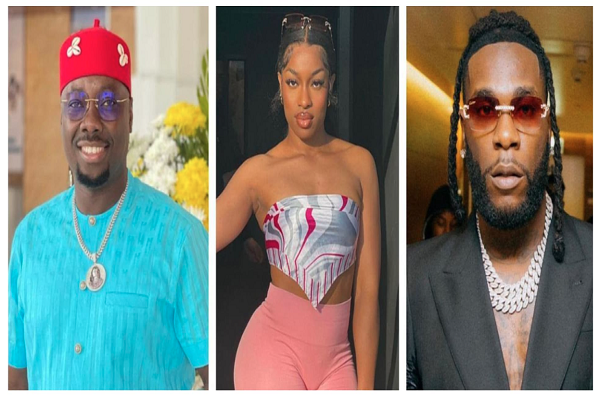 Popular hotelier, Obi Cubana, has sympathised with victims of the shooting incident that took place on June 8 in one of his clubs at Victoria Island, Lagos State.

The businessman took to his Instagram page to express sympathies after tweeps called him out to quit the oppression and simply provide the CCTV footage of the said day the incident occurred.

Tweeps reacted after the lady simply identified as Briella Neme, Burna Boy’s “object of attraction” took to her Instagram page to reveal how the incident left her traumatised and broken.

As she recounted the ordeal, she accused “Odogwu” and his aides of ruining her vacation and expressed hurt by the actions of Obi Cubana who she claimed reached out to them four days after the incident that left her partner and best friend injured.

She said: “11 days later, there has been no CCTV footage released by the club OR even a statement to address the incident publicly. Business has carried on as usual for him.”

Having forced his hand to address the issue publicly, the Cubana boss while addressing the youths in his usual Monday morning inspirational post, revealed every information in their disposal have been given to the authorities to aid their investigation as he sympathised with everyone who’s been impacted by the incident.

“Note; As Regards the issues making rounds the social media, we at Cubana Group have given all information at our disposal to the legal authorities.

“However, we wholeheartedly sympathise with any/all those who may have been impacted by this.

“Myself and our our group would never compromise standards, as we have confidence in the authorities to handle all. Best Regards,” he said.