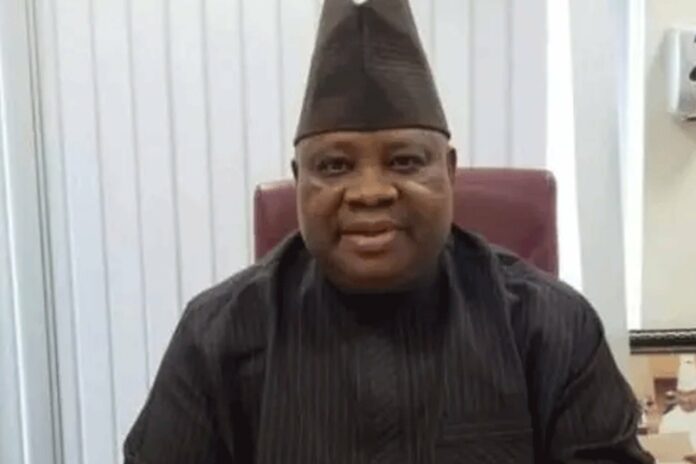 The All Progressives Congress, APC, has stated that the past one month of the administration of Ademola Adeleke has been that of inertia, movement without motion, arrested development and invitation of all manner of avoidable embarrassment.

It also stated that since November 27, 2022, when the new administration was inaugurated, the State has witnessed chains of incidents and unsavoury events.

In a statement signed by the Osun APC Director of Media, Kola Olabisi on Tuesday in Osogbo, the party maintained that the State governor, Adeleke, only strayed to grab power but had no capacity to start, let alone move the metaphorical vehicle of the State.

The statement reads, “Since the Ede-born accidental State governor strangely found his way into the political driver’s seat of the State thirty days ago, the story has been the unnecessary chastisement of the members of the opposition with violent attacks and victimisation. His predecessor, Mr Gboyega Oyetola and members of his cabinet, have not been spared of the malicious attacks either as spurious and fabricated allegations are daily peddled against them to tarnish their good image.

“It was the third day after his inauguration that Adeleke started to complain ceaselessly with cooked-up allegations against Oyetola, of looting the government house and staff quarters and plunging the state into humongous debt.

“Adeleke’s first assignment, following his maiden address, was the invocation of six illegal Executive Orders among which were the freezing of all the State and local government accounts in all the banks and needless locking out of three monarchs in the Osun Central Senatorial District of the State.

“Since the State executive council is not yet in place, the purported executive orders are efforts in futility and illegal; any policy that emanates from the illegal executive order is spineless and cannot stand the test of time.”

Olabisi stated that Adeleke had adopted the use of committees to run his government with the aim of indicting his predecessor, Oyetola, his government and those who worked with him.

“Ineptitude, ignorant and lazy approach of Adeleke and his handlers to governance is the reason the PDP and the interim governor have refused to learn that the law, convention and practice have verifiable protection for Oyetola and members of his cabinet in the vehicle carting away saga.

“It is also on record that Nurudeen Adeleke failed to accord required courtesy to Pastor Enoch Adejare Adeboye who, in his usual practice, came for his ministerial mission, a few days to this year’s Christmas. Adeleke did not only refuse to grace the programme with his presence, he also did not send any official to represent him at the event held at Ada in Boripe Local Government Council Area of the state, a legful kilometers to Abere, the seat of power.

“Through his politics of vendetta, victimisation and oppression, Adeleke contributed to the celebration of a bleak Christmas festival for all the public workers who served Oyetola as he refused to pay them their November salaries under the guise that they were in the possession of government vehicles which is falsehood.

“In the last 30 days also, the list of extra-judicial killings and attacks on members and perceived members of the opposition (APC) has been on the increase while professed political thugs are constantly on the prowl in the state.”

The party while advising the PDP and Adeleke to learn how to play politics and co-habit with the opposition with tolerance having been in the opposition for twelve years devoid of molestation and oppression by Oyetola or his party, also called on the Osun Police Command and other security agencies in the State to double up their efforts and be further pro-active in order to address frontally political schism in the State.