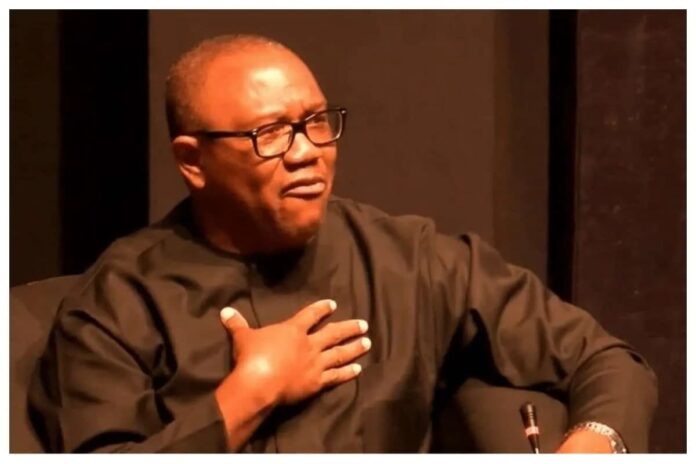 “If I am to say what Nigeria’s biggest problem is, you can see that it is leadership failure,” he said when he made an appearance on Channels Television’s Sunday Politics.

“What we are experiencing now is the cumulative effect of leadership failure over the years. A leadership that has failed to look into the future and invest in the future.

“So, what Nigerians want to see is a leader who has the competence and capacity to start tackling the innermost problems affecting our country, starting from the issue of cohesion and unity, we are so divided today as a nation so there’s need to bring us together”.

When asked what the next president can do to allay the pains of Nigerians in the first few days of assuming office, Obi said he doesn’t believe in the idea of ‘first hundred days’ but rather he believes that issues should be tackled as quickly as possible.

“I don’t believe in first 100 days because after it, then you lose momentum.

“The role of a leader is solving problems, bringing solutions to the problems and not creating more problems or blames”.

Mr Obi declared his intentions to run for presidency on March 24 in Awka, Anambra State at a gathering of traditional rulers.

Speaking about his party (PDP’s) readiness for the 2023 elections, zoning and the plans to choose a candidate by consensus, the presidential hopeful said members of the party have agreed to base their decision on fairness and equity.

On the importance of the southeast getting the opportunity to be president, Mr Obi said the Ohaneze group has been appealing to the conscience of other geopolitical zones.

“We’re not saying it is our turn by force, all I’m saying is, it is a humble appeal”.

“Ohaneze is appealing to the conscience of other zones to see our cry and to see that we are doing so based on our love and commitment for a better Nigeria”.