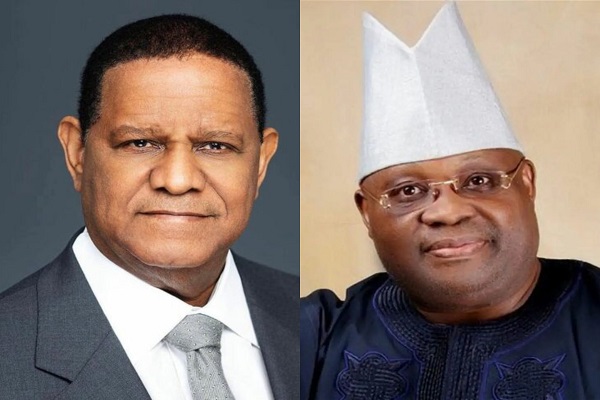 In a statement on his behalf by the Director of Media and Strategy of his campaign organisation, Umar Sani, Hayatu-deen said under a free and fear election, the will of the people would always prevail.

“On behalf of my family and entire team, I congratulate my dear brother, Senator Ademola Adeleke on his emergence as the people’s choice for the office of the next Governor of Osun state. By extension, I rejoice with the good people of Osun state, our dear party, the Peoples Democratic Party (PDP), and Nigerians in general for the victory recorded at the just-concluded Osun state gubernatorial elections,” the statement quoted Hayatu-deen as saying.

He added the outcome of the election was a clear indication that power belongs to the people. “The people of Osun state have shown that under a free and fair condition, the will of the people prevails.“We must also give kudos to INEC and all concerned security agencies for conducting a peaceful and credible election, which is the hallmark of true democracy,” he stated.

He explained the results of the election demonstrated that democratic structures “are not forlorn”, adding if the people were given the right leadership and systems, they would make the right decisions.

He said he hoped that we the nation would build on this momentum to conduct peaceful and credible general elections come 2023.