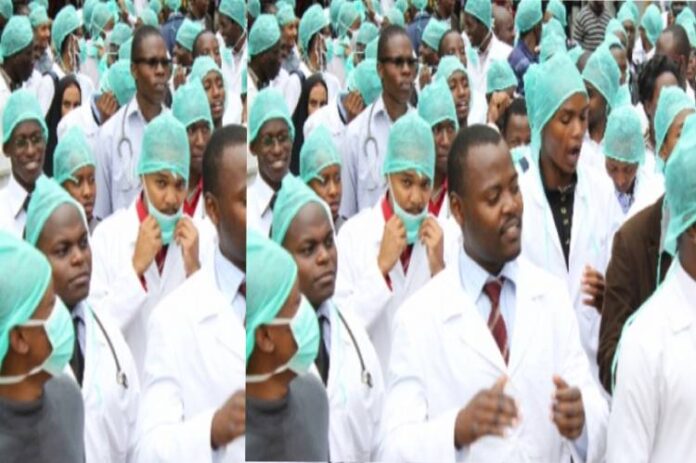 The leadership of the National Association of Resident doctors have declared that the ongoing industrial action will continue until all demands are met, Njenje Media News reports.

The striking health workers who made the declaration at the end of their National Executive Council meeting in Abuja. also accused the  federal government of misinterpreting court ruling,

Meanwhile, no fewer than 500 doctors attended a recruitment exercise organised by the Saudi Arabian government in Abuja on Tuesday.

The prospective employees said they can longer trust the sincerity of the Nigerian government in developing the country’s health system.

Reacting to the development, minister of Labour and Employment, Chris Ngige, described the action of the applicants as unpatriotic.

Railway Vandalism: Court Grants Bail To Chinese Nationals, 28 Others With...