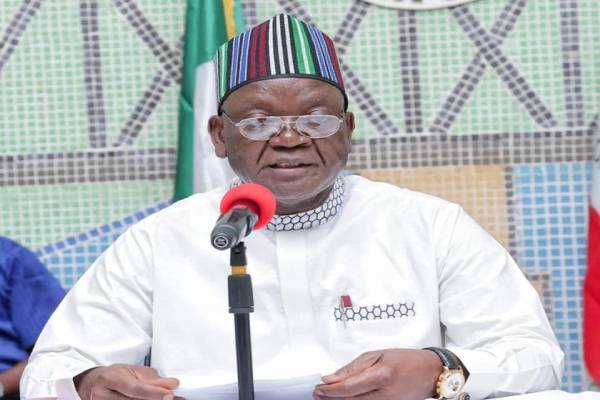 Benue State Governor, Samuel Ortom has reiterated his call to Benue people to rise up and defend themselves against forces bent on taking over their land.

The Governor who lamented how Fulani herdsmen in the past few days carried out coordinated attacks on some local governments said his call on the people to defend themselves was backed by the Bible and constitution.

He said “Self-defence is recognized by the Constitution and its legal.”

Governor Ortom maintained that the Government on its part was doing everything necessary to secure the people and the land, saying it was the reason why the Community Volunteer Guards was formed to complement conventional security agencies who have been completely overwhelmed.

The Governor thanked the chairmen of Katsina-Ala, Ukum and Logo Local Government Areas for working closely with the traditional rulers and the people to ensure that relative peace returns to the area, stressing that his Government would give them backing.