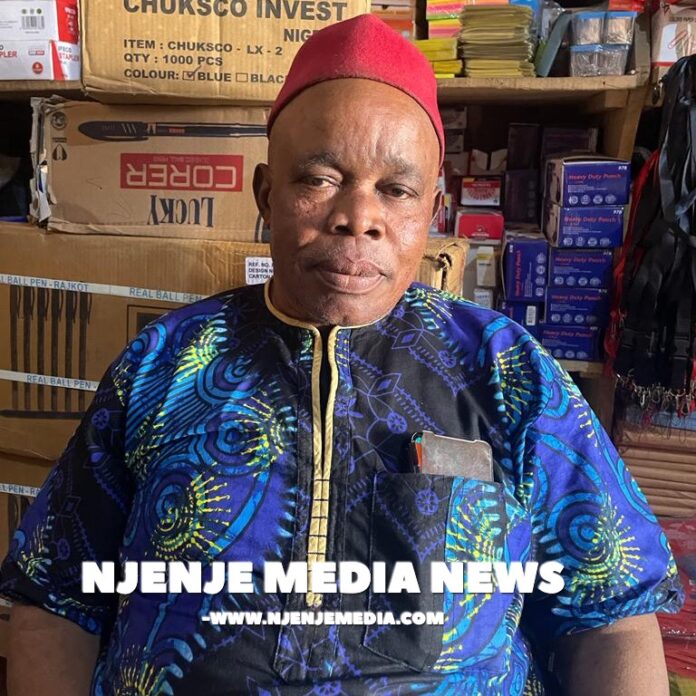 The Umuchu community in Aguata Local Government area of Anambra State has been thrown int commotion over the kidnapping of the Managing Director of People’s Bookshop, Ogbuehi Pius Egwuekwe, by unknown gunmen in front of his palatial home, NjenjeMediaNews Reports.

Story has it that Ogbuehi Egwuekwe was on Friday the 23rd of December 2022 whisked away by the armed bandits in front of his house and taken to an unknown place probably in order to demand for ransom.

He was said to have driven down from Zaria in the Northern part of the country with his driver to his village in Ibughubu Umuchu to celebrate this year’s Christmas with his family.

However, everything turned to a sad experience after his driver drove for several hours from the North and on getting home to enter his gate, some armed men accosted the driver at gun point. When the driver stopped, they were said to have opened the vehicle and forcefully took away Egwuekwe to an unknown place.

The matter was reported to the Police, who reportedly moved into action but their actions have not yielded any result yet as the victim has not been rescued and no suspect has been arrested as at the time of filing this report.

The victim, Ogbuehi Egwuekwe, was said to have returned late in the evening due to the long distance journey from Zaria before the sad incident.

The alleged kidnapping has thrown the whole community into panic and serious tension as many feared that people in the community were no longer safe considering how the plot was perfected with ease without drawing the attention of members of the vigilante group put in place.

Some members of the community suspected that it was an insider who may have leaked information of the victim’s return with his driver to the village.

Ogbuehi Pius Egwuekwe is a successful businessman, who has touched the lives of many people in the community by attending to their material and health needs. No wonder since the incident happened, there has been palpable tension in the community with no traces of their whereabouts.