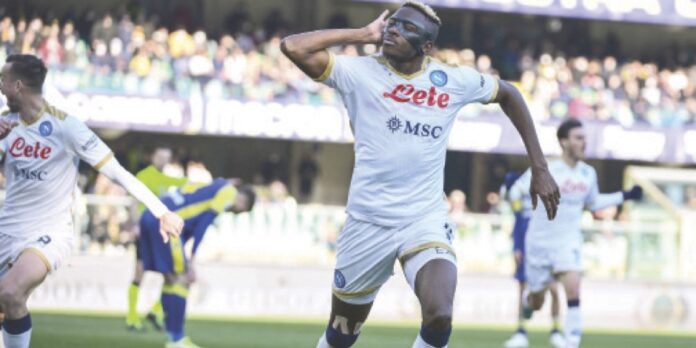 Victor Osimhen has been ranked among the top five most expensive players in the Italian Serie A by Football Benchmark, a football statistics website that provides in-depth understanding and analysis of the business of football, and the market values of thousands of footballers.

The Nigeria international is the fourth most expensive player in the Italian topflight at €80 million (approximately N38.1 billion in Nigerian currency). Naples-based daily newspaper Il Mattino has reported.

Of the five most expensive players in the Serie A, Osimhen gained the most, with an increase of €12.5 million, compared to his valuation in September 2022.

The 2015 U17 World Cup winner has seen his stock rise after impressive performances for Napoli this season with nine goals in eleven appearances to lead the scoring chart in Italy.

Osimhen has two and a half years left on his contract with Napoli, whom he joined from Lille in 2020 for a club record fee of €70 million.

The post Top 5 most expensive players in Serie A: Osimhen in No. 4 appeared first on The Sun Nigeria.