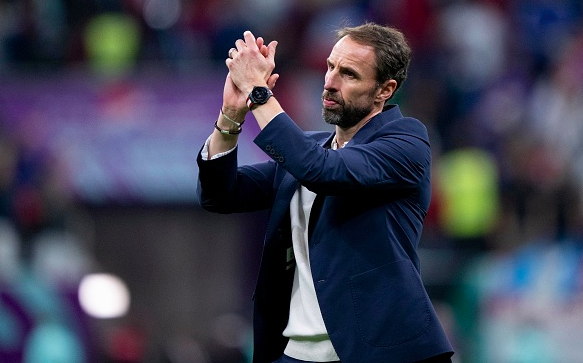 While England might have been handed a golden chance in Qatar this winter after watching the likes of Brazil, Spain and Portugal all fall to the wayside, the Three Lions suffered more World Cup heartbreak in Qatar.

Eventually slumping to a 2-1 loss against defending champions and fellow European heavyweights France on Saturday night, Gareth Southgate once again finds a huge amount of pressure on his shoulders.

Yet to claim another piece of international silverware since 1966 and falling at the final hurdle in last year’s European Championship final against Italy, many have speculated that Southgate will be on his way out.

Suffering a Nations League nightmare earlier in the year as they lost their League A status, the 52-year-old has gained a string of critics for his pragmatic approach.

With this current England crop regarded to be a real golden generation for the Three Lions, we have taken a look at the reported candidates that could replace Southgate over the coming weeks.

Now falling short in their past three major tournaments and without a piece of silverware to end their 54-year wait, some will be wondering what could have been if England had an elite manager in their dugout.

With many hoping that the FA will elect to take their current squad of superstars in a far more attacking direction, Mauricio Pochettino has been heavily linked with the role over recent weeks.

Ending his tenure with French giants PSG back in June after guiding the Parisians to another Ligue 1 crown, the former Tottenham boss has made it clear that he is desperate to get back into management sooner rather than later.

Hinting while on punditry duties during this year’s World Cup that he could have something in the pipeline, The Daily Mail reported last month that Pochettino is open to replacing Southgate.

With a reputation for his attacking philosophy and often speaking about his desire to return to London, Pochettino is currently the bookmakers’ favourite and is priced at 4/1 with Betfair to take over the reins in 2023.

If the FA are looking to replace Southgate with what would be a fourth consecutive English boss, it appears that Newcastle’s Eddie Howe is sat in pole position.

Only continuing on what has been a remarkable purple patch since arriving in the north east 13 months ago, the former Bournemouth manager has transformed the Magpies into a genuine top-four contender.

With it suggested over recent weeks that Howe is one of the leading contenders on the FA’s wishlist, the 45-year-old has gained a string of admirers from across England since opening the 2022/23 campaign.

With Newcastle marking their return to action later in the month sitting third in the table and riding quite the wave of momentum, many would be excited to see Howe replace Southgate in the New Year.

However, while Howe might have plenty of admirers in the FA, it has been suggested that the Champions League contenders would be unwilling to part ways with their high-flying boss if they were to come knocking.

Much like Pochettino, Thomas Tuchel is another elite-level manager who finds himself without a new adventure after leaving Premier League giants Chelsea back in September.

While the one-time Borussia Dortmund boss might have been linked with a string of domestic club sides since leaving west London three months ago, the 49-year-old is reportedly waiting for a perfect opportunity to come his way.

Although Tuchel might have endured somewhat of a messy divorce from Chelsea earlier in the year, the German tactician has consistently proven that he is one of the best managers from across Europe.

Guiding the Blues to just their second Champions League title last year, it has been heavily reported over the past few weeks that Tuchel is keen on replacing Southgate and taking on his first international role.

In fact, The Daily Mail reported back in October that Tuchel and his representatives have made it clear to the FA that he is willing to jump immediately in should Southgate be relieved of his duties in 2023.