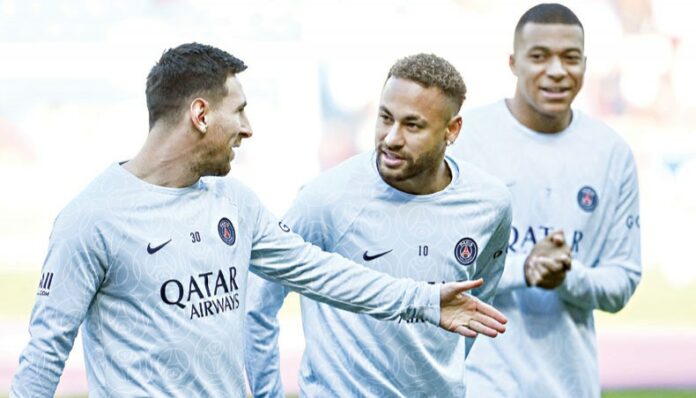 Our sources report that the 2022 World Cup in Qatar started on Sunday.

The host nation, Qatar lost 2-0 against Ecuador on Sunday evening, while England thrashed Iran 6-2 on Monday afternoon, and Senegal lost 2-0 to the Netherlands on Monday evening.

Thirty-two (32) countries will battle to win the World Cup this year in Qatar.

Our sources interviewed some fans of Chelsea, Real Madrid, Arsenal and Manchester United to get their views on which country will win the World Cup this year in Qatar.

Speaking with us, Bill Onuegbu, a Real Madrid fan, said: “I will go for Brazil to win the World Cup. Brazil will be crowned world champion again because they have a strong squad made up of experienced players and energetic young stars who can run down any opponent. There is this saying that strikers will win you games, but defenders will win you titles. Looking at Brazil’s attack, they have players who can win you games, the likes of Neymar, Vinicius, Gabriel Jesus, Rodrigo etc. These are quality players who have proven themselves in Europe, winning titles with their various clubs.

“Looking at Brazil’s defence, in goal, you have Alisson Becker of Liverpool and Ederson of Man City. These are arguably the two best goalkeepers in the Premier League. I am pretty sure Alisson will get the node ahead of Edison, but whoever mounts in between the sticks for the Samba boys will be so difficult to beat. With the experience of Thiago Silva and Dani Alves in the backline, I think the Qatar 2022 World Cup belongs to Brazil.”

Also speaking, Idris Musa Adinoyi, an Arsenal supporter, said, “Belgium. They have within their ranks the best goalkeeper (Thibaut Courtois) and best midfielder (Kevin de Bruyne). They also have other quality players.

“Right now, they seem to be overlooked as a real threat and a bit underrated despite the quality they possess. Although they have underperformed in previous tournaments by their standard, I have a feeling that this could be their best yet with a triumph.”

On his part, Bright Daniel, a Chelsea supporter, said, “Argentina will win the World Cup. Check the form of their captain Lionel Messi, and since 2019, Argentina have never lost a match.

“I believe they will continue the unbeaten record till they win the World Cup in Qatar.”

Similarly, Francis Markus Daniel, an Arsenal fan, said, “Brazil. Because I believe they have the best players in the world, that is why I chose them ahead of all other teams.”

Also speaking, Oluwasola Omoju, a Manchester United supporter, said, “I am supporting Brazil to win the World Cup because of the quality of players they have in the team. The individual quality in their squad will enable them to conquer any team they face in the tournament.

On his part, Idris AbdulRahman, a Chelsea fan, said, “Brazil. Simply because they are the favourites, and if you look beyond this scenario, Brazil have a great blend of talents who are all in their prime.

“The likes of Neymar, Marquinhos, Vinicius, Casemiro, Thiago Silva and many more. This is a team built with lots of charisma, and for the fact that they suffered a humiliating defeat at the 2014 and a dismal 2018 performance, I see them coming to this tournament in full force and vigour.”

Similarly, Sanni Kabir Olakunle, a Barcelona supporter, said, “Argentina will win the World Cup because they have developed a very strong team with a lot of potential talent and teamwork. They have remained unbeaten for over thirty matches, and this World Cup in Qatar is Lionel Messi’s last chance to win the trophy.”