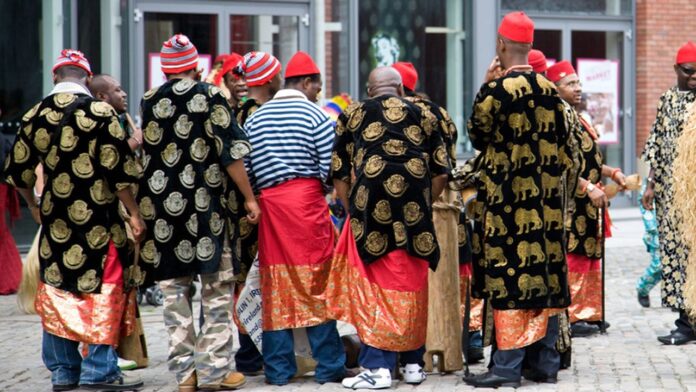 Ohanaeze Ndigbo Worldwide, has slammed the All Progressives Congress, APC and the People’s Democratic Party, PDP for not zoning their presidential tickets to the southeast.

NjenjeMediaNews learnt that they said the two major parties betrayed them and raised blames against the parties for conspiring to deny them the slots.

According to him, the Council of Elders were disappointed with the two parties because they denied the Igbos opportunity to produce a presidential candidate.

He said, “The Ohanaeze Council of elders are very disappointed. We are disappointed because there seem to be a conspiracy by the two major political parties to deny Igbos the opportunity to produce a presidential candidate.

“Their leaders, Pa Adebanjo and  Chief Edwin Clark, all of them, made press statements and confirmed that they support Igbo candidate, even the middle belt supported Igbo candidacy. But unfortunately the political class took another

“We feel terribly betrayed, not by the elders but by these political people because we are sure that the elders in whole of south and middle belt supported Igbo candidacy.”

He (Iwuanyanwu) attributed the failure of Nigeria to produce southeast presidency to the constitution, saying that the constitution added to the problem, urging the federal government to include zoning.

“So it is our view that this zoning should be put in the constitution and should be rotated among the six geo-political zones. Question of making it north and south is very vain, after all federal character is very clear.

“We are not very happy and we are suggesting to federal government that this must be in the constitution. However, the elders of ohanaeze want Nigerians to know that as far as we are concerned we are major Stakeholders in this country, we are the only tribe that are cut across the 36 states and the FCT.

To this end, he stated emphatically that Ohanaeze has only one structure headed by Professor George Obiozor with its Secretary-General, Ambassador Okey Emuche and that Nigerians should disown other factions.

His words, “Ohanaeze has only one structure headed by Professor George Obiozor and the Secretary-General is Amb. Okey Emuche . The elders are worried that some people make statements on behalf of our Ohanaeze, we want Nigerians to ignore them, the only people authorised to make statements on behalf of Ohanaeze is Prof. Obiozor or his Secretary-General.”