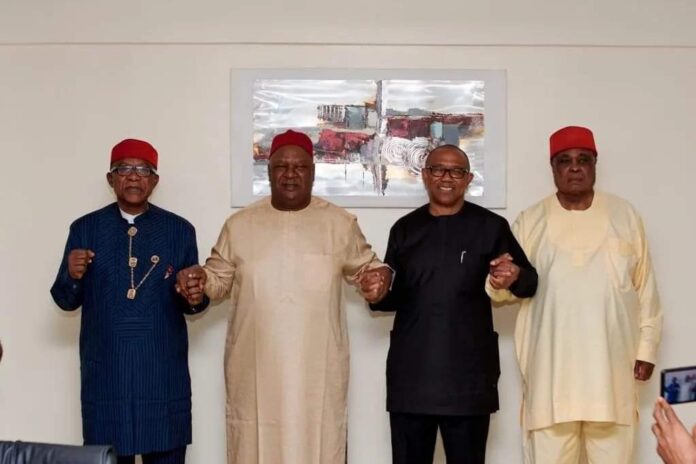 Anyim, who spoke on behalf of the other aspirants, after a meeting, in Abuja said their resolve to have a South Easterner as the PDP 2023 presidential candidate is based on equity, fair play and national unity.

According to him, “four of us are presidential aspirants on the platform of our great party, the Peoples Democratic Party. We met this morning and resolved as follows: we have agreed to work together as a team. We will work together to ensure that a South Easterner emerge us as PDP flag bearer for 2023 presidential election.

“We intend to consult with other zones on this issue and it is based on fairness and equity. In doing so, it is important to note that we have always supported other zones, and we now expect them to reciprocate.”