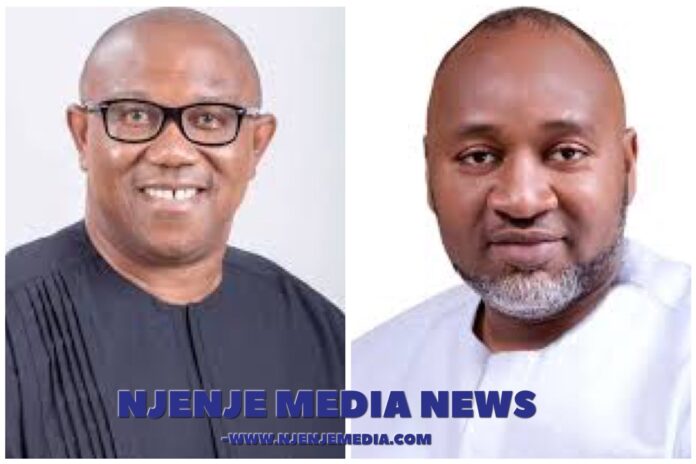 At the panel session organised for the leading Presidential candidates by the Nigerian Bar Association (NBA) at their ongoing Annual National Conference, a fringe presidential candidate whom I cannot place my head on his qualification to have been invited to that panel discussion chose to play on age as his biggest qualification and edge over the major presidential candidates. He referred to Peter Obi as a “father” apparently, in a bid to present the former Anambra State governor as “old” and himself, “younger” and probably more physically and mentally fit for the job of becoming Nigeria’s President.

Dumebi’s communication managers and aides might have made him believe that he had made a good hit with that speech, but he has clearly sold himself off as both bereft of ideas and as someone who is rather seeking some attention instead of really contesting for the presidency as he would want us to believe.

Dumebi who by available information is in his fifties, is less than ten years younger than Peter Obi who only recently celebrated his 61st birthday. Yet, by mental and physical alertness and fitness, Peter Obi is way younger than Dumebi, who, since after allegedly buying off the ADC presidential nomination has found more comfort in his bedroom than anywhere else. Apart from events like the one he gatecrashed in and comfy media interactions, some of which I am told, his communication aides draft some writeups and send out to media houses as interviews granted by him, the man who wants to sell his candidacy on youthfulness has been the laziest and most insignificant of the presidential candidates. Simply put, Dumebi is dumbing and dulling around.

Even for some of us who are younger, it has been difficult to catch up with Peter Obi’s very busy schedule. If we are to measure competence by how active and the quality of speeches given by each of these candidate, then, Dumebi qualifies as Peter Obi’s great grandfather, because while Peter Obi can have a marathon of meetings and speech giving events across five cities of Nigeria in 32 hours, Dumebi struggles to hold down a single meeting of five minutes, from which one can take anything away.

Let us take the NBA Conference as an example. Peter Obi got the ovation he got at that conference because of the content of his speech. He encapsulated Nigeria’s problems in very few words and convinced that highly intellectual audience of his capacity to tackle these problems. Peter Obi’s communication team didn’t have to bother about planting any favorable news in the media, the news flew on its own because of the relevance of the content, but I hadn’t been told about this press statement by Dumebi’s media aide, I wouldn’t have known he attended that conference. That’s what makes the difference between the candidate with a sharp mind and agile legs and the others.

The truth is that Nigeria needs the kind of Dumebi’s father who is as physically agile and mentally sharp as Peter Obi to rescue Nigeria from an imminent collapse. Nigerians can tell you, who among the presidential candidates has been most active and who has kept them engaged with great ideas on how best to take Nigeria out of a consumptive path to a productive path.

Just after holding series of engagements, including private meetings and public speaking outings as at yesterday, Peter Obi is already in the UK this morning from where he is expected to proceed to the United States for 13 speaking events across thirteen different cities of America. Nigeria has certainly never had such an active and mentally fit politician in the presidential contest for a very long time.