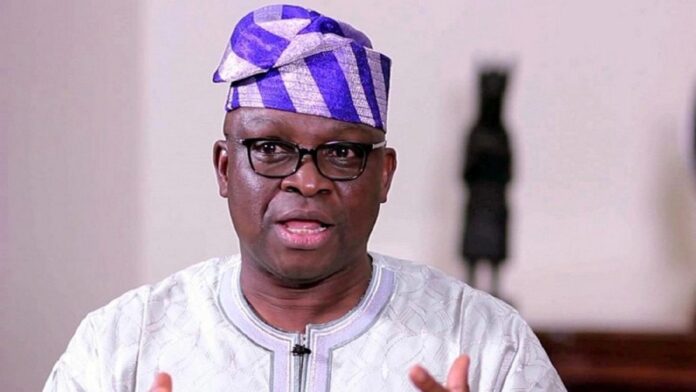 In a move many have interpreted as support for Bola Tinubu, the All Progressives Congress, APC, presidential candidate, former Ekiti State governor, Ayo Fayose, has said it was the turn of the South to produce the country’s President in 2023, NjenjeMediaNews reports.

Fayose, a chieftain of Peoples Democratic Party, PDP, Wednesday, made the point via his verified Twitter handle, @GovAyoFayose.

In the tweets, Fayose also affirmed that his party, PDP recognises rotational presidency between North and South, adding that it is the Nigerian President from South in 2023 or nothing.

Fayose tweeted: “The current President of Nigeria is a two-term northern presidency, thus implying that it MUST be a southern presidency in 2023 or NOTHING.

“The PDP Constitution provides for a rotational Presidency. Section 3(c) provides that the Party shall pursue its aims and objectives by ‘adhering to the policy of the rotation and zoning of Party and Public elective offices in pursuance of the principle of equity, justice and fairness.”

Although the ex-governor did not mention Tinubu in his tweets, the Yoruba words, “Awa South lokan” could be attributed to Tinubu’s statement when he was canvassing for support before the APC primary election.

The statement generated a lot of controversies before his emergence as the APC presidential flag bearer.

RELATED POSTS:  Leaving PDP Was Never An Option For Me — Fani-Kayode