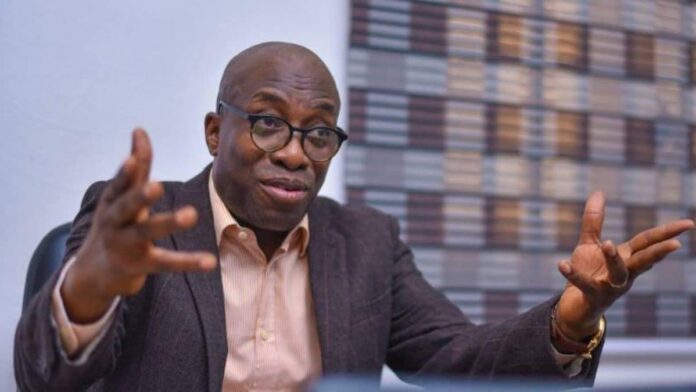 Sowunmi said Bola Tinubu, National Leader of the All Progressives Congress, APC, and Governor Yahaya Bello of Kogi State would pose a major threat to PDP’s push for the presidency.

Appearing on Channels Television’s Politics Today, Sowunmi said Buhari would not be a threat to PDP’s presidential ambition but Tinubu and Bello in 2023.

Sowunmi, who was a former member of Atiku Abubakar’s presidential campaign, said: “Buhari is not an issue, I will spit him out of my mouth.

“If there were any threats to the PDP’s chances, it would be the Governor of Kogi State, Yahaya Bello and APC national leader, Bola Tinubu.

“There are only two people in the APC that give me a headache.

“I’m worried about Governor Yahaya Bello because of some of the footprints I see him doing, he is young, and can connect to the right audience and I’m worried about Bola Ahmed Tinubu because I know the huge political infrastructure he has.

“The APC did not win the PDP in 2015 because of the party in itself; they won in 2015 and 2019 because of the support of former Governor of Lagos State, Bola Tinubu.”

Enugu, Kano And Portharcourt Airports Not Yet Ready For Int. Flights...