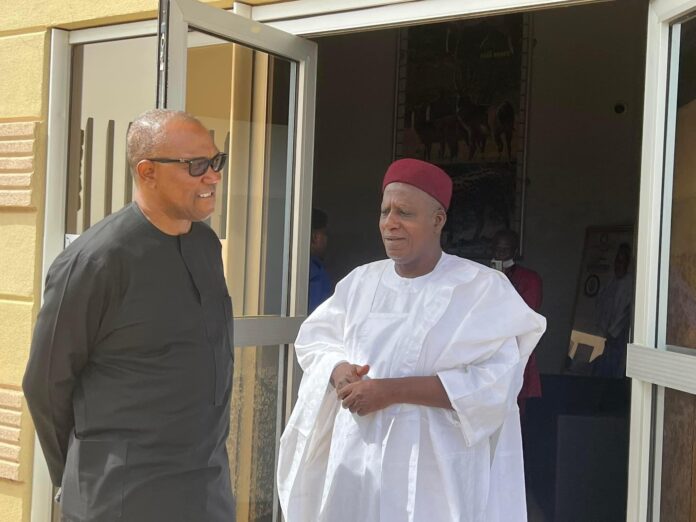 In furtherance of his consultations with the PDP stakeholders all over the country, the former Governor of Anambra state, Mr. Peter Obi yesterday visited Bauchi, Borno and Gombe states. He also met the delegates of Yobe State, who joined their Borno State counterparts in Maiduguri.

Speaking to them, Obi’s message was consistent: the need to have the future of the children of the state at heart before casting their votes for who would fly the PDP flag. In Obi’s words, “Before casting your votes, look at the picture of your children and ask yourself who would be trusted to take care of their needs.” He reminded them that being a delegate or occupying political positions are transient achievements that had expiry date and that the best one could make out of such positions is utilizing them to guarantee a future for the children of the country.

Further, Obi argued that the so much insecurity and poverty in the land was because of cumulative leadership failure, where those that governed the state did so as if nothing was at stake. “Those causing trouble in the land today are doing so because they were not cared for yesterday. Our leaders did not pay attention to their education nor did things that would have lifted the country higher.”

Obi who took time to visit the tomb of the first Prime Minister of Nigeria, Mallam Abubakar Tafawa Balewa while in Bauchi said though he was about five when the Prime Minister died, that it was worthwhile to pay tribute to the memory of such people that sacrificed for the country.

Speaking on reckless borrowing that has become the hallmark of present day Nigeria, Obi said that though Abubakar Tafawa Balewa was the first to borrow, but that it was clearly to build the Kanji Dam. Calling for his emulation, he said that nothing was bad with borrowing, but that it should be specifically for production as Abubakar did and not for consumption as the country witnesses today.

Dissecting the country, Obi used countries of similar developmental trajectory like Bangladesh to empirically prove that Nigeria has long derailed on the paths of development and need a person with deep understanding of the needs of the time to pilot her affairs.

In their responses, the Chairmen of the states visited commended Obi for his thoughtfulness. In unison, they recalled the wonders he did in Anambra and submitted that with his pedigree, Nigeria would be safe in his hands.