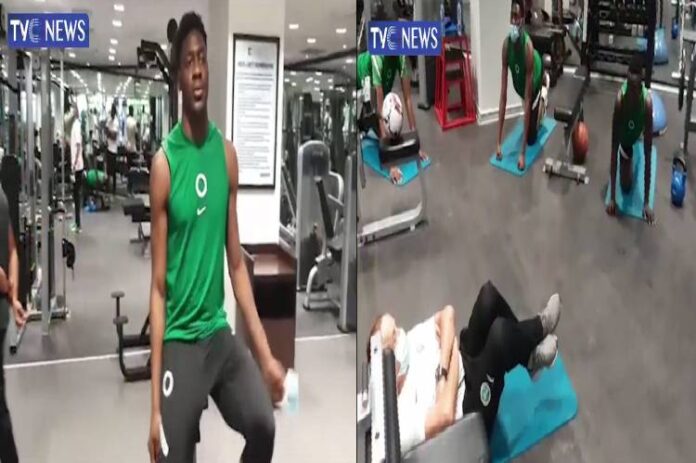 Players and Officials of the Nigeria senior football male team, Super Eagles on Monday resumed fitness training at the Teslim Balogun Stadium, ahead of their 2021 Africa Cup of Nations qualifiers against the Benin Republic and Lesotho.

The players and their officials are lodging at the Eko Hotels and Suites, as the team opened camp on Sunday.

A source in the Eagles camp disclosed to our correspondent on Monday.

The Eagles also tweeted about the camp opening via their Twitter handle on Saturday.

“Camp opens in one day! Who’s excited? Drop an emoji,” the Eagles tweeted.

Meanwhile, defender Kenneth Omeruo has joined the list of players that have pulled out of the Eagles squad for the AFCON qualifiers.

Adekunle’s invitation was confirmed via a tweet by the Nigeria Football Federation.