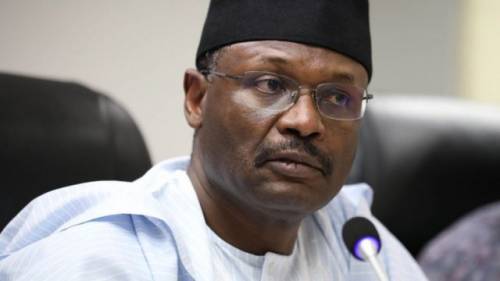 A civil society organisation, Save Nigeria Movement, has called for the sack of Mahmood Yakubu, the chairman of the Independent National Electoral Commission (INEC), Njenje Media News reports.

The development comes as the November 6 Anambra State election draws near.

There are allegations that the electoral body had been compromised in the build-up to the forthcoming governorship election in Anambra State.

SaharaReporters last week reported that a governor in the South-East region was alleged to have offered a $4million bribe to INEC officials.

In a statement on Monday in Abuja, the Convener of the group, Solomon Semaka, condemned the INEC leadership for being compromised, while claiming that the alleged governor was Willie Obiano.

He said, “At a time the country is just recovering from the effects of COVID-19 global crisis, only an irresponsible governor can shortchange his own people in such a brazen manner for selfish political gain.”

The group called for the immediate resignation of the INEC Chairman and other officials, saying it was the honourable thing to do in the face of the damning allegations against the top electoral officials.

The group threatened that it would mobilise members to occupy the INEC headquarters if the chairman and the state electoral commissioner failed to resign within seven days.

“We have lost confidence in the chairman of INEC, Anambra people and Nigerians can now predict the outcome of the election if the duo of Prof Yakubu Mahmoud and Prof Ibeanu Okechuku do not resign from the commission,” it added.

The group urged relevant security agencies to conduct a thorough investigation over the allegations and bring the perpetrators to book.