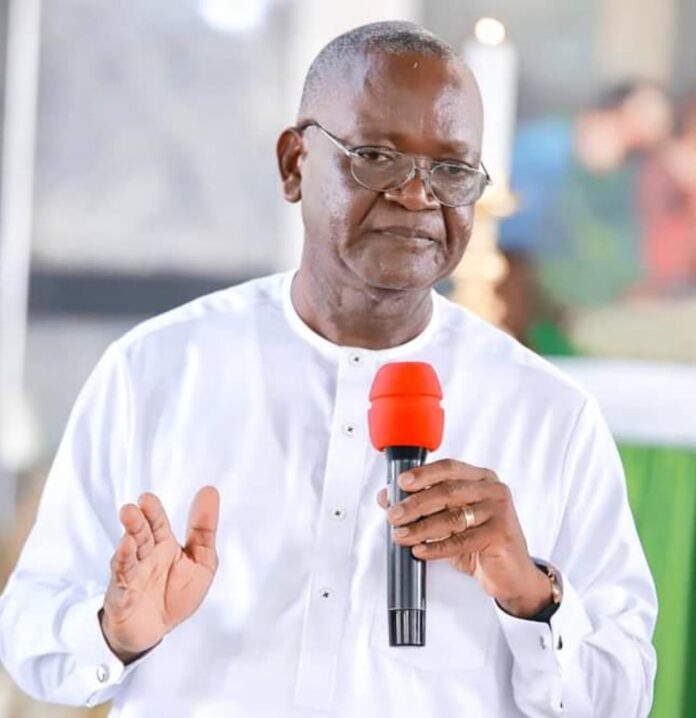 Governor Samuel Ortom of Benue State has cleared the air on speculations that the governorship candidate of the Peoples Democratic Party, PDP, Mr Titus Uba is critically sick outside the country.

There were speculations that the PDP candidate, who is currently the Speaker of the state assembly, was very sick and unable to continue his campaign activities in the state.

Gov Ortom, while addressing the Benue PDP stakeholders meeting on Monday at Government House Makurdi, however, said Ubah is recuperating and would soon return to duty.

According to the governor, Ubah wanted to return to the country before Christmas but was advised to stay back till January.

He said, “The Speaker, who is our governorship candidate, is well and in high spirits. He had wanted to come back home before Christmas, but I advised him to stay behind and rest well before returning to the country because we are holding forth for him.

“And by the first week of January 2023, we will all move to the Makurdi toll gate to welcome him back home to Benue State.”