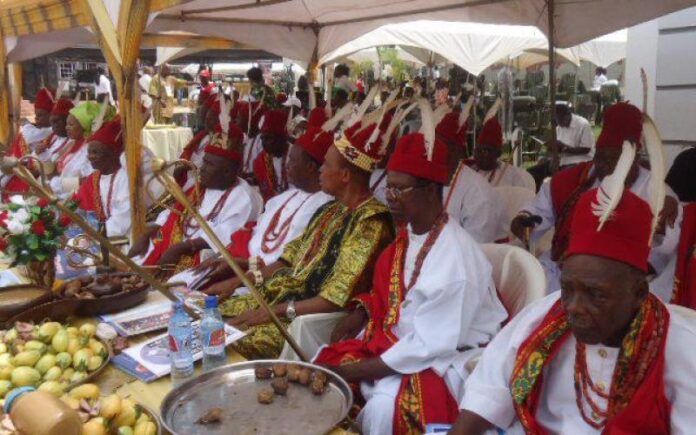 This statement was made during the launch of Operation Restore Peace in Southeast, in Enugu on May 18, 2021. This has no doubt led to the ongoing genocidal campaign of terror and slaughter of innocent young lgbos, especially, the men by the Nigerian Police Force, the Army, DSS, and other “unknown gunmen” under the pretense of flushing out IPOB members . lgbo cities are encircled, Niger Bridge head closed, innocent men and women bombarded for no justifiable reasons, while Boko Haram is inflicting untold damage to our Northern brothers and sisters in the North. The Statement credited to the IGP is abominable, unconscionable and it is vile in the extreme and, CISA vehemently condemns it and calls on the President of the Federal Government of Nigeria President Muhammadu Buhari to caution the IGP (and the armed forces) in the interest of national unity. CISA is also insisting that Operation Restore Peace launched by the police and the military’s clampdown on the IPOB members and the entire South East should be recalled and cancelled by the Presidency in the interest of peace and unity of the country .

The genocidal intent of the Nigerian Federal Government is becoming more apparent, with the wanton extrajudicial killings and gross abuse of people of lgbo extraction by all the armed forces of Nigeria. The concerted and orchestrated nature of assault and the use of sophisticated and heavy weapons, including War Planes supplied by the US and other advanced nations on unarmed and innocent civilians’ smacks of a deadly holistic plan of the Federal government of Nigeria to commit genocide AGAIN in the South East.

While we condemn in the strongest terms ‘ attacks against police officers and other law enforcement agents in the Southeast, the South-South, the Southwest, the North Central, the Northeast, and the Northwest, there are powerful insinuations that even the Federal Government is complicit. We urge the Nigeria Police to painstakingly find out and prosecute those who are guilty of such nefarious and criminal actions against law and order, and to use all legitimate force to prevent such attacks.

However, there can be no justification for the indiscriminate and vicious resort to state violence against Nigerian citizens in

the southeast by the head of the Nigerian police and the other armed forces of Nigeria. Such a reckless statement betrays a determination to punish Nigerian citizens in the region and deprive them of due process protections under the constitution. The IGP is not only giving the green light to human rights violations, but also promising his protection for those who commit them. In addition, he is threatening those who might hang back with the loss of pension benefits, thereby implying that he has the full support of President Muhammadu Buhari.

“Other reporting alleges that security services are conducting house-to-house searches in Ebonyi, Imo, and Rivers states, all with large lgbo populations. The entire “Operation Restore Peace” would seem to not only intimidate and make it clear that the Christian dominated South East is not a part of Nigeria. It should be anticipated that local people will fight back viciously and the security services-as directed by the IGP will respond in kind and the proper atmosphere of anarchy and Boko Haram emergence will become inevitable.

CISA appeals to all contending parties to seek peaceful and lawful resolution of their grievances, whether that includes alternative dispute resolution (ADR) or traditional litigation.

In the Light of the above, we, at CISA are therefore calling on the UNITED NATIONS Organization, The US Government, EU, other members of the International Community:

Enough is enough. Let us all give Peace a chance and stop any more bloodshed.