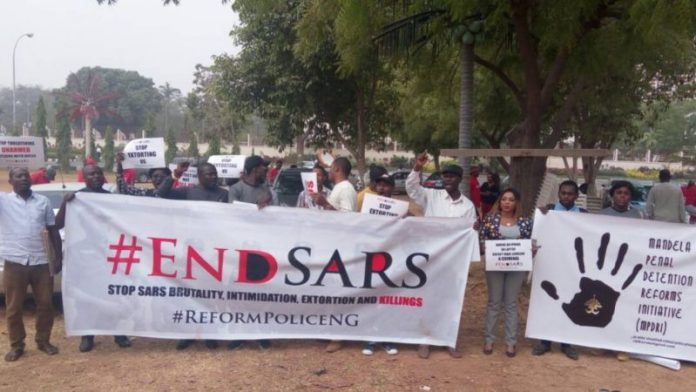 A Chief Magistrate’s Court in Wuse Zone 2, Abuja has discharged 4 out of the six #EndSARS protesters who were charged by the Police with unlawful assembly in November 2020, Njenje Media News reports.

They were discharged on grounds of lack of diligent prosecution of the case by the police are Olutosin Adeniji, Abdusalam Zubarur, Paul Akinwumi, and Devour Chomo. Two others, Yasidu Bashiru and Kabiru Garzali were absent.

Henry Akwaji, The defence lawyer quizzed why the other defendants are absent, told the Magistrate Musa Eneye that they took ill and are receiving traditional treatment in Kaduna.

In his reaction, the Magistrate noted that there was no medical report to support the claim of ill health status of the two defendants.

In the words of Magistrate Eneye ;

“That the defendants, Olutosin Adeniji, Abdusalam Zubarur, Paul Akinwumi, and Devour Chomo, are discharged and the complaint against them dismissed.”

The case of the remaining two defendants was adjourned till March 24.