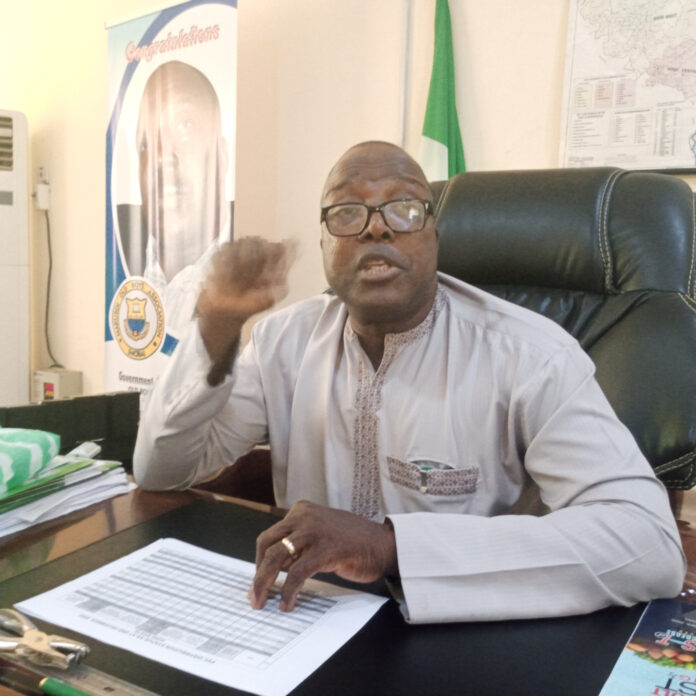 The Independent National Electoral Commission (INEC) has lamented over the poor turnout in the collection of Permanent Voter’s Cards (PVC) in Kogi State ahead of the 2023 general election.

INEC Resident Electoral Commissioner (REC) in Kogi State, Dr Hale Gabriel Longpet disclosed this during an interview with DAILY POST in his office on Tuesday.

He said voters in Kogi State are expected to be 1.9 million which include those who registered between 2019 to June 2022.

For the fresh registration between 2021 and June 2022, Longpet said the commission expected 38,505 people to come forward and collect their cards, but unfortunately, only 18,924 voters have collected their PVC while 19,671 cards have not been claimed.

Continuing, the REC said: “I have always used every opportunity to express my displeasure over the poor collection of PVCs in Kogi State. We have 32,508 people who transferred their PVC from one polling unit to another. But so far, we have seen only 5,977 who have come to collect the transferred PVC. And You will agree with me that it is not an encouraging figure.

“However, we are under strict order at all state offices of INEC. From today 6th December, we have started sensitizing people, engaging Civil Society Organizations, [and] media to start helping people to come and collect their PVC,” he added.

RELATED POSTS:  25 Governors will be celebrating in Aso Rock after 2023 elections – PDP

The Kogi INEC REC also debunked the information making the rounds that a court of competent jurisdiction in Nigeria has ordered INEC to resume registration of voters ahead of the election.

“We discussed this in Lagos during the INEC stakeholders meeting in Lagos. There is no court that asked INEC to resume the registration of voters. It is all false and should be disregarded by the public,” he added.

While assuring Nigerians that the commission is ready for a transparent, free and fair election, Longpet noted that the introduction of BVAS by INEC has gone a long way to reducing electoral malpractice.