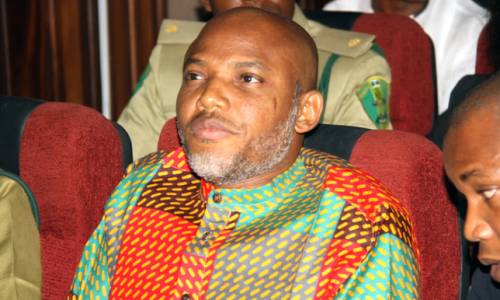 The leader of the Indigenous People of Biafra (IPOB), Nnamdi Kanu, has appealed a recent ruling of the Federal High Court which struck out eight out of the 15-count charge filed against him, Njenje Media News reports.

Kanu had been standing trial on an amended 15-count charge bordering on treasonable felony.