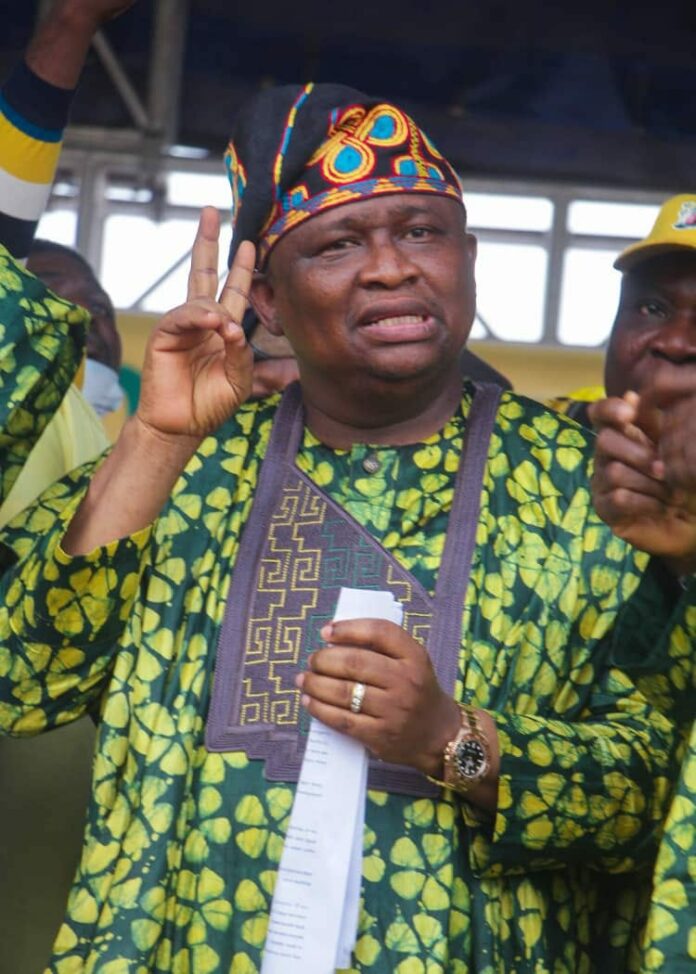 The Senator representing Lagos West in the Senate, Solomon Adeola Olamilekan, a.k.a Yayi, is set to move to his ancestral Ogun State to contest the Ogun West senatorial seat in 2023, Njenje Media News reports.

The lawmaker’s spokesman, Kayode Odunaro, disclosed this on Thursday.

Yayi, a former member of the House of Representatives courtesy of Lagos and a two-time Senator representing Lagos West, hails from the neighboring Ogun State.

Odunaro, who took to his verified Facebook page, said the stage is now set for his principal to return to Ogun State and vie the Ogun West senatorial seat in the 2023 general election.

He wrote: “Changing the Political Narratives in Ogun West Senatorial District: The Eagle has finally landed. All those having sleepless nights and spewing undemocratic inanities can now brace up for real democratic politics with THE PEOPLE as the final decider and arbiter.

“Sentiments have finally evaporated with the declaration of Senator Solomon Olamilekan Adeola FCA FCTI ffpi YAYI to contest for Ogun West Senatorial seat in 2023. Game on….. The Yayi Team is NOT afraid of democratic contests. We moveeeee in the days, weeks, and months ahead.”

Meanwhile, the lawmaker has started identifying with the Ogun State chapter of the APC. During the March 26 national convention of the party in Abuja, Yayi sat with the Ogun delegation and not Lagos.

RELATED POSTS:  Peter Obi, I Will Contest The 2023 Presidential Election, If…..