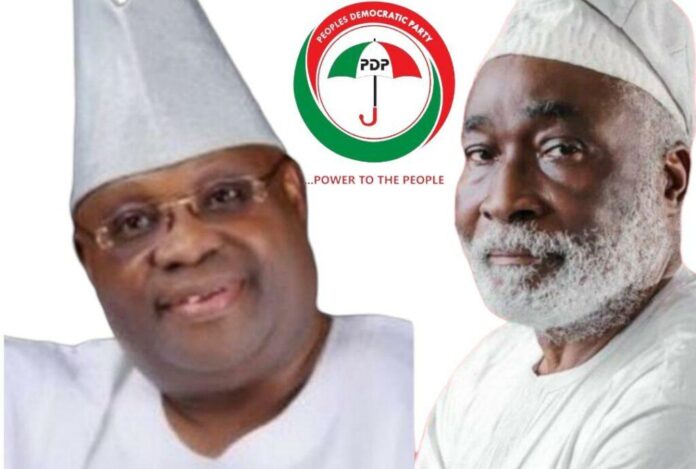 Owokoniran said Adeleke’s victory is the people speaking clearly about what they need amd understand governance to be.

According to the PDP scribe, Nigerians have had enough of misrule and were now more enlightened in making their voices and votes counts.

Owokoniran said: “The victory of Ademola Adeleke marks the beginning of the much bigger success PDP hope to record during the 2023 elections.

“Our new PDP Osun governor, his family, PDP at the national, state and regional levels say a big thank you to the voters for making this historic victory possible.

“Our people in the South-West have spoken loud and clear that they reject APC totally. Nowhere could be better than Osun to make this statement: the home of APC flagbearer.

“We must thank the people of Osun greatly for taking the lead to make this historical statement that we are not slaves in our fatherland.

“It is our right to to make the right choice for the common good of our people. We congratulate Osun State for being bold and courageous to taking this all-important lead to reject APC’s misrule.

“APC’s eight years misrule will go down in history as worst era ever in Nigeria. Our Nation fought civil war in these years.

“Under the watch of APC eight year administration, both internal and external terrorism continue to invade different part of our country killing and maiming innocent citizens, while APC government looked on helplessly.

RELATED POSTS:  Buhari Will Decide What To Do About Malami, Ngige, Other Ministers Who Dropped Presidential Ambitions – Lai Mohammed

“Or do we talk about our economy that is sliding so fast, 70% of our population can hardly afford one meal a day.

“Should we talk about ridiculous health service available in this country.  The basic needs of human existence cannot be guaranteed by APC government, which is the more  reason why APC must be rejected.

“Once again, thank you Osun State for taking the lead. Every state across the country will follow you.”