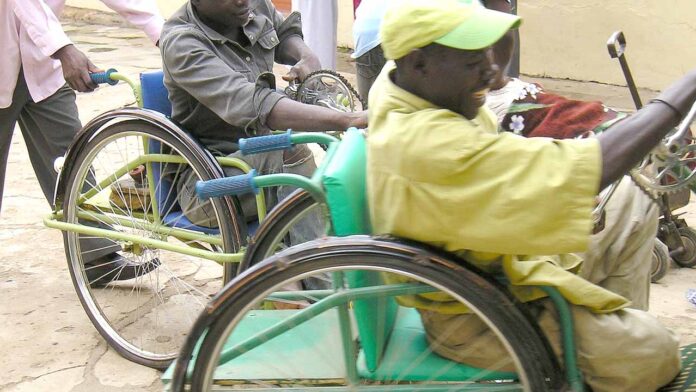 A body of Persons Living with Disabilities (PWDs) in Anambra State have tasked political parties and the Independent National Electoral Commission (INEC) on the need to grant them equal rights in the forthcoming governorship election.

The Chairman of the Anambra state chapter of the Joint Association of Persons with Disabilities, Mr Ugochukwu Ernest, stated this at a workshop on ”PWDs Civic and Political Organizing Lab” with political parties in Awka.

The event attracted members of the group from all parts of the state, who said they want to be involved in political processes as it also affects their lives.

The group said they were more interested in being granted their full rights in the electoral process during the November 6 governorship poll than acts of charity extended to them by members of the society.

Ernest who spoke at the workshop said, “Our case has moved from charity to rights as occasioned by the signing of the Disability Act by both the federal and state levels.

“This is the first time we’re having this kind of interface between PWDs and political party leaders. I’m happy things are gradually changing. Before now, they’ll tell us they didn’t have time, once persons with disabilities are mentioned.

“Issues of PWDs can no longer be swept under the carpet. We thank President Buhari for signing the Disability Act. He’s the only president that had the interest and political will to do that because so many presidents had come and gone without doing that.

“Down here, our governor also had the political will to sign Anambra disability law. That’s why in the state, issues of PWDs disability have moved from charity to rights. We’re no longer begging for charity, but demanding for our rights,” he said.

The workshop had in attendance representatives of various political parties in the state.

The Executive Director, IFA, Grace Jerry, appreciated political parties in the state for promoting the participation of persons with disabilities in the electoral and political processes.