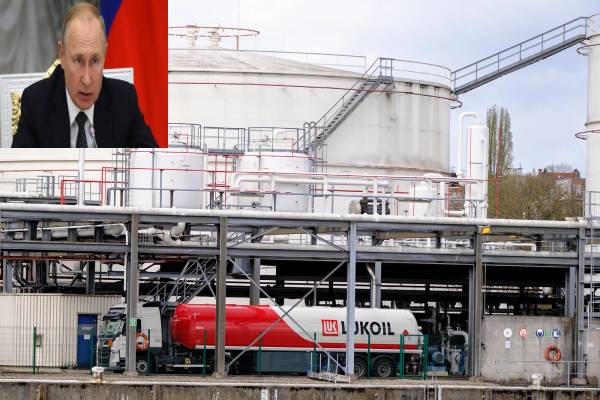 ss willing to sell its oil and gas to certain countries at “any price point,” the country’s energy minister said Tuesday, as the Kremlin seeks to maintain its main source of revenue despite sweeping Western sanctions imposed during the Ukraine crisis.

The offer, according to Russian Energy Minister Nikolai Shulginov, is only for “friendly countries” that haven’t imposed sanctions since the Kremlin’s violent assault of Ukraine began.

Shulginov discussed the health of Russia’s energy sector in an interview with Kremlin-friendly tabloid Izvestia. Despite rising calls for an international boycott of all Russian oil and gas imports, Russia has continued to profit handsomely from its oil and gas sales.

According to the energy minister, sale prices might vary from $80 to $150 per barrel.

Shulginov said, the Kremlin is mainly concerned with maintaining Russia’s oil industry running during the battle.

China and Turkey are two countries that the Kremlin still considers “friendly,” according to Pavel Zavalny, chair of the Russian State Duma’s energy committee. Meanwhile, India and China are among the countries that continue to purchase supplies.

The European Union’s heavy reliance on Russian gas has complicated the West’s efforts to squeeze the country’s economy.

Russian President Vladimir Putin is asking western nations buying oil and gas from the country to pay in rubles, a move largely interpreted as an attempt to shore up the country’s faltering currency. Last month, Putin threatened to shut off exports to countries that did not comply with his currency rule.

Ukrainian leaders have frequently called for a total ban on Russian energy, claiming that the earnings are being used to pay the conflict. So far, the European Union has refused to take that step, claiming worries of an energy catastrophe in the absence of supplies needed to heat houses and provide electricity.

Oil and gas exports account for over 40% of the Kremlin’s annual earnings, and Russia is expected to receive even more this year.

According to Bloomberg, the country’s energy exports will bring in about $321 billion this year. When compared to the previous year, this figure has increased by more than a third.