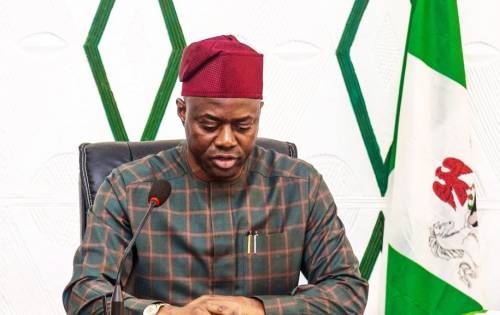 There is disquiet in the ranks of staffs of the Broadcasting Corporation of Oyo State (BCOS) situated on the station’s premises, Basorun, Ibadan, over the alleged plan by Government Seyi Makinde to demolish their staff quarters.

A worker at the station who intimated Online News Medium, SaharaReporters about the development said the workers’ Union at BCOS had decided to kick against the move.

According to reports, the staff quarters was built during the regime of David Medayese Jemibewon, a retired Nigerian Army major general who served as military governor of the defunct Western State (August 1975 – March 1976) during the military regime of General Murtala Muhammed to accommodate and support the staff of the station.

It was gathered that there are 48 (forty-eight) members of staff and their family members living in the staff quarters.

The accommodation also accommodates some staff members on night shifts or who work till 1 am.

It was further learnt that the likes of Chief Bisi Adesola, formal Head of Service/Secretary to the State Government (1997-1999), Ambassador Yemi Farounbi, Bunmi Ayegoro, and the present Execution Chairman of the Corporation, Prince Dotun Oyelade, once lived in the staff quarters.

Speaking with SaharaReporters, a workers’ union leader said, “This is a misplaced priority. It is true we heard about the demolition but we never believed it until Makinde asked his people to come and demolish it on Monday.

“How can Makinde add to the suffering of workers? We don’t know what the government is planning to do here but he has decided to demolish it. Our people are coming out tomorrow and they will resist the attempt.

“As we speak, we have not moved our things out of the staff quarters. How much is our salary? Out of about 36 editorial workers, 22 are not full staff members. We wrote many letters to the governor but he did not give them jobs.

“The Nigerian Union of Journalists (NUJ) had several times pushed for the regularization of their appointments but nothing happened. Yet, Makinde decided to demolish the staff quarters. This is absolute bunkum! We won’t accept it,” he said.