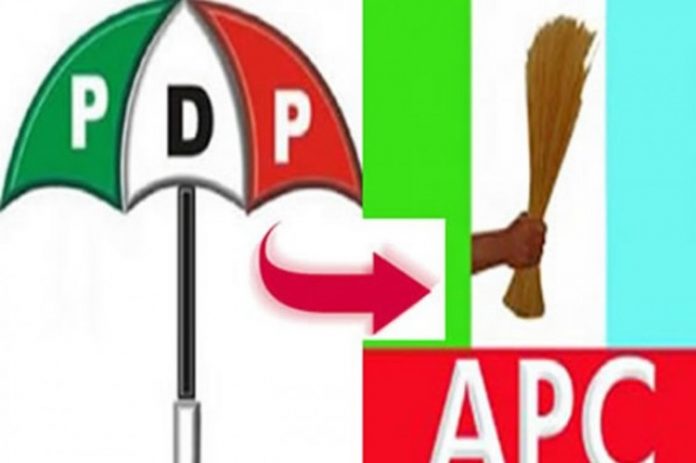 I wouldn’t have bothered writing this piece if it was about Governor Umahi’s cross-carpeting alone, because it is inconsequential to me. But the insufferable hypocrisy being displayed by some PDP leaders towards Umahi’s exit. When Governor Godwin Obaseki joined the PDP, most pro-PDP folks celebrated it as “tenets of democracy” and “fundamental right of association”. My question is: if Gov. Obaseki could exit the APC for political reasons, why won’t Gov. Umahi do same? I detest hypocrites!

From the knee-jerk reactions of the PDP and some of its leaders as regards Governor Umahi’s defection, it is obvious that the party was rattled by this development. The palpable fear that one or two governors of the zone will follow Umahi to the APC, has altered the 2023 calculation of the PDP. Governor Nyesom Wike has demised Umahi’s excuse for leaving the party and told the NWC to ensure that the party is not dead in Ebonyi State.

RELATED POSTS:  FFK Told Me He Isn’t Joining APC But If He Joins, He Is Dead As A Politician – Fayose

The PDP has shown that South-East is still important to the party after all, but has hitherto pretended that South-East was unimportant in its political strategy as we en route 2023. The party has refused to make categorical statement concerning the noble quest of the zone to produce president. The silence of the PDP as regards the fate of the zone ahead of next presidential election, smirks of subtle betrayal. South-East has supported the PDP enough to the extent that its interest should be paramount to decision makers of the party.

It is heart-wrenching and disappointing that those we laid down our lives in support in the past, cannot be bold enough to campaign for Nigerian president of southeast extraction. Instead, they’re scheming to truncate southeast 2023 aspiration via their own immortal ambitions. Take for instance, the rumors of Jonathan’s interest in 2023 race and his loud silence to it: it is a grave insult on our collective intelligence as Ndigbo. Goodluck Jonathan, haven’t we supported you enough to reciprocate the gesture?

Atiku Abubakar is also nursing ambition even when another northerner will be completing eight-year term by 2023. Like Jonathan, Ndigbo massively supported Atiku in 2019 and are still suffering consequences of it today. Yet both Goodluck Jonathan and Atiku Abubakar have not only maintained conspicuous silence on southeast aspiration, but have the moral promiscuity to be working behind-the-scene to frustrate Southeast ambition. That we have supported the PDP since 1999 doesn’t make us slaves of the party.