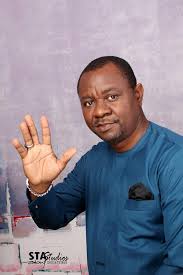 A former Speaker of the Imo State House of Assembly, Mr. Ike C. Ibe has explained why he took the main opposition party, the Peoples Over Democratic Party (PDP) to court over his stance on zoning and rotation of public offices.

The PDP National Executive Council (NEC) had thrown open the contest for the 2023 presidency as it jettisons the  zoning arrangement enshrined in its party’s constitution and the former lawmaker is challenging that decision legally.

Hon Ike C Ibe, who incidentally is a PDP member in an interview with Njenje Media anchored by MaaziEzeoke on the State Of The Nation Series: PDP Jettisoning Zoning, Legal Actions And Its Implications For The 2023 Elections, gave reasons that predicated his action.

“I filed a matter at the Federal High Court Abuja asking the court to enforce the PDP’s constitutional provision that is explicitly enshrined in the party’s constitution about rotation and zoning of party and public office elections in Nigeria. These are parties that the PDP has been adhering to over the years in respect to both party positions and the candidacy for public elections and so all of a sudden, PDP decided to discard this constitutional provision of the party and decided to throw the race open to all sections of the country, contrary to what it has practiced in the past. Yes I am a member of the party and we have made representations to the party to continue to abide by its constitution only for the party to say it would not.”

“So that is why I went to the  court to ensure these party’s practices continue, so that the party does not explode now for the future and also to make sure that whose turn is it now for the rotation to favour which is the South and South East which is for them to have  a say.  Being also a lawyer, I am a sticker for justice, and I am going by what the party constitution says that in pursuance of the party’s policy of rotation and zoning and in pursuance of equity, justice and fairness. The party will continue to adhere to this constitutional barotony of rotation and zoning and, that the party’s executive committee’s at all levels shall enforce this policy of zoning and rotation. This is what the party has been doing. Now the party feels it is not necessary to continue with that practice without first amending the constitution before now, so that is why we went to court, one as a party man and also as a lawyer who believes in justice and thirdly, as a southerner and south easterner who believes it is their turn now to get  the ticket of the party, so that is why we  went to court”, he said.