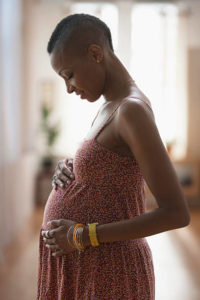 50 per cent of women will not be able to conceive after attaining age 40, says a fertility expert, Dr. Abayomi Ajayi, while urging women to get pregnant at an early age, Njenje Media News reports.

Ajayi, while speaking on the topic: “Fertility After 40 Years”, in Lagos, disclosed that everything could go wrong with women who wait till after 40 years to have children.

“IVF may not save you once you are 40 years and above, because the law that applies to conceiving in the natural way, also applies to IVF,” he said.

While a woman who is 30 years, has about 20 to 25 per cent chance of conception, the fertility expert aid it is about five per cent in women who are over 40 years.

“When we talk about down syndrome and chromosomal abnormalities, they are mostly associated with women over 40. For instance, a woman aged 30 has 1 in 385 chance of having a chromosomal abnormal baby, whereas, it is about 21 in 66 with a woman who is at aged 40.

“So everything could go wrong with women who wait till after 40 years to have children. The old teaching still stands which is for women to try to conceive at an early age,” Ajayi explained.

Ajayi, who is the managing director, Nordica Fertility Centre, noted that not all women will experience this, adding that the oldest woman who used IVF to conceive in his facility was 43 year-old.

“So it is quite possible to conceive naturally or use your own eggs with IVF, but the chance of chromosomal abnormalities is higher. Also, about 50 per cent of them will lose their pregnancy, because they are considered to be a high risk pregnancy due to pre-eclampsia, diabetes, hypertension, placenta accident etc,” he added.

He, however, noted that a woman can prevent all these by doing egg freezing, adding that, “She can freeze her eggs long before getting to this crucial stage of using donor eggs. Eggs frozen will still be viable at any time she wants to use them. The oldest eggs frozen was 17 years and it was still viable at the time they were used,” he said.

The fertility expert, however, advised women in their early 30s who are not married to start thinking of storing their eggs, pointing out that, “If you wait till you are 35 years, the quality of your eggs will drop. While you want to be financially and morally stable before raising your children and having made all the money at 40, who will you spend it on if you can’t have children? Please don’t put yourself in that situation, because it is a stage of uncertainty.”