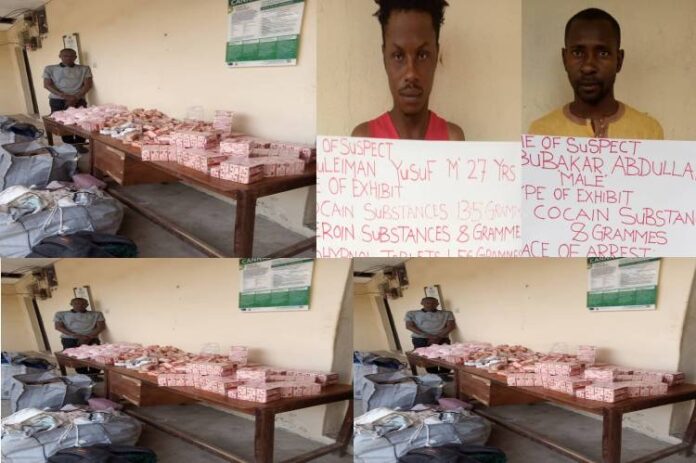 This is coming barely a week after operatives of the NDLEA arrested a 70-year-old Nigerien who supplies Boko Haram and bandits illicit drugs.

According to the Commander, Taraba state Command of the NDLEA, Suleiman Jadi, the suspect speaks only French and Arabic and claims he was taking the illicit substances to the Chad Republic before he was intercepted in Jalingo.

A statement by the NDLEA media director, Femi Babafemi, revealed that investigations have however shown that the suspect is a major supplier of illicit drugs to Boko Haram insurgents.

The statement added that, at the point of interdiction, the drugs, which he bought from Onitsha in Anambra state, were concealed inside new ladies’ handbags and shoes.