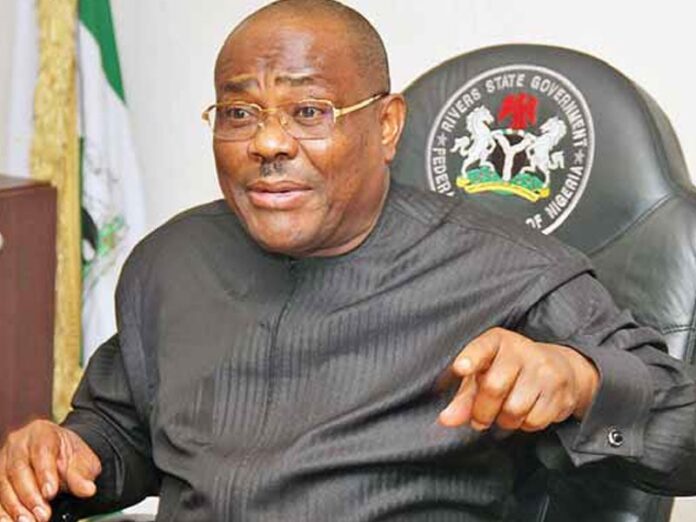 The Governor of Rivers State, Nyesom Ezenwo Wike has officially declared his intention to contest the 2023 presidency under the platform of the Peoples Democratic Party (PDP), Njenje Media News reports.

According to the former Minister of State for Education, he is the best man to wrest power from the ruling All Progressives Congress (APC).

Wike who stated this when he visited his Benue State counterpart, Samuel Ortom at the Government House in Makurdi, the Benue State capital on Sunday said he was making his intention to contest for presidency known for the first time in Benue.

“To remove APC from power, I’m the person who can tell them enough is enough. We must take this power and I’m ready to take it for PDP.
God is with us that’s why APC keeps failing every day.”

The Presidential hopeful who urged stakeholders to give him their mandates and not to sell their votes assured that he has the capacity to, “face this evil government.

“In 2015, those who ran away made us lose election. Today, they are crying but some of us stood and said PDP will not die.

“Some people want to use Nigeria to buy back their personal business. They talk about the private sector. Mention the private business that survives. Is it banks that your father had? Everybody is an employer of labor. Even in my house, I have 50 people who feast from me.

The presidential hopeful promised that if elected, security would be his topmost priority.