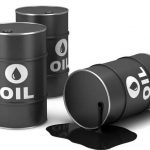 A group of farmers from Akwa Ibom, Bayelsa and Rivers States, have expressed joy over the ruling of the Dutch Appeal Court sitting in Hague, which ordered Shell Petroleum Development Company (SPDC) to pay them compensation, Njenje Media News reports.

According to LEADERSHIP.NG, Milieudefensie, the Dutch branch of Friends of The Earth, had in 2008 brought the lawsuit on behalf of the farmers against Shell following oil spills that destroyed their farmlands and others properties in Ikot Ada Udo community in Akwa Ibom State, Oruma community in Bayelsa State and Goi community in Rivers State.

The farmers, which include Princewill Alali Efanga, Chief Eric Barizaa Dooh, Elder Friday Alfred Akpan, and Chief Felix Oguru, had urged the Court to order Royal Dutch Shell to mandate its subsidiary, SPDC, to remediate and recover the environment, that was destroyed by its facilities.

Speaking with newsmen in Port Harcourt shortly after the judgement was delivered, Nigerian counsel to the farmers and acting executive director, Environmental Rights Action and Friends of the Earth Nigeria (ERA/FoEN), Chima Williams, described the judgement as historic.

Williams said: “Today is a historic day in the Niger Delta. We have been working with the communities to ensure that the multinational, Shell that has destroyed our environment and our source of livelihood are held accountable. The journey started way back 2008 and today, we are having a judgement from the Court of Appeal in the Hague, Netherlands.

“We will recall that sometime ago, in 2012 or there about, the lower Court in the Hague delivered a judgement that denied the communities of Ikot Ada Udo in Akwa Ibom, Oruma in Bayelsa State and Goi in Ogoniland of Rivers State. The Court denied them of their claims against Shell.”

Speaking with newsmen also, one of the farmers, Chief Eric Dooh, described the judgement ad a world-class precedent against a multinational oil company, that should be a lesson for other companies operating in the Niger Delta region.