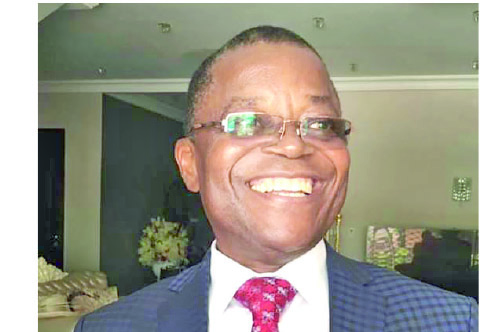 A former General Officer Commanding (GOC) 81 Division Nigerian Army, Major General Abel Obi Umahi has bared his mind on the security situation in the country and the launch of a new security outfit, Ebube Agu, by the South-East governors.

General Umahi (rtd) in an exclusive interview on Njenje Media TV hosted by CEO of Njenje Media, Maazi Ezeoke, opined that anyone speaking against the Ebube Agu Security outfit is an enemy of Ndiigbo.

“The security of the Southeast is more political than real. IPOB has been using security to play politics unnecessarily in Igboland. The Southeast was the first to come up with this regional security outfit that came up in August 2019. I am not holding a brief for the governors. In security calculations, you don’t do the first surge when there is no threat. You don’t build up truce when there are no indicators of insecurity”.

“The insecurity has been there until recently and has been there for ten, twenty years ago. Kidnapping, armed robbery are larger security issues that have been a part of our security problem in Nigeria.  The response of the governors was that there was a change in the security classification and they responded immediately by forming Ebube Agu. The resources of the southeast states are extremely little when compared to other parts of the country. Sponsoring a body of trust would have eaten so deep into that resources hence the calls for the security outfit were more of propaganda. Left for me Ebube Agu would have come earlier but based on economic calculations, it came now and nothing should stop our people from giving them our full support. Anyone speaking against it must have an agenda against the Igbos.”

On why there is a u-turn on the earlier position of the South-East Governors that there won’t be a need for a regional security outfit, General Umahi is of the opinion that the security dynamics has changed.

He also talked on the operational strategies of the outfit and how the conveners would make it legal state by state.

“The security situation has changed. The vigilante groups that we formed as Ebube Agu force will be state-based. They will be a coordinating command and control center in Enugu. There are some security facilities that will be commercial which will save them a lot of money. At the center, there will be the facilitation of information sharing. It will not be regional because constitutionally there is no region in Nigeria. Each state will come up with a law on how they will operate. They have some basic information that the coordinating center will pass on to the various states. A liaison will easily be passed on from the center. These are the things that will be done at the coordinating center. It doesn’t mean that if for instance there is an attack in Ebonyi, Enugu Ebube Agu cannot step in to help.”, he said.

NDLEA Apprehends Hair Stylist With N30 Billion Worth Of Cocaine At...