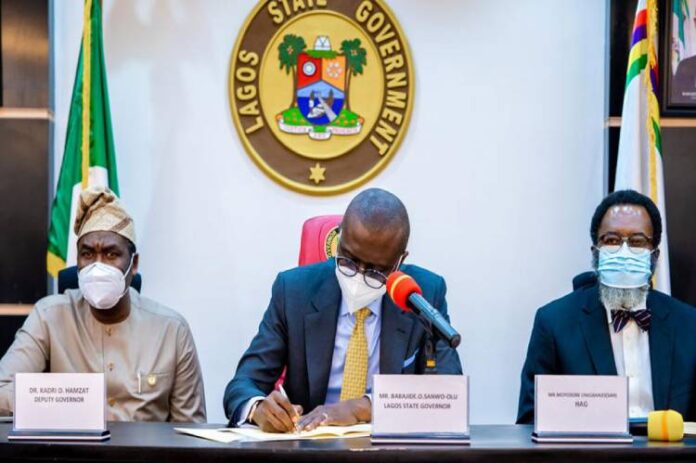 Sanwo-Olu said the law will promote accountability and transparency in the governance process.

The bill, which was sponsored by the executive arm, is expected to be followed up with the establishment of an anti-corruption agency by the state government.

The agency will be primarily tasked with the investigation and prosecution of state government officials and registered contractors indicted for economic crime and financial misappropriation.

According to Sanwo-Olu, the move to sign the bill was a testimony to the state government’s effort towards entrenching accountability in governance and checking malfeasance among officers entrusted with public resources.

He said the state anti-corruption agency would be independent and also complement efforts of similar agencies at the federal level.