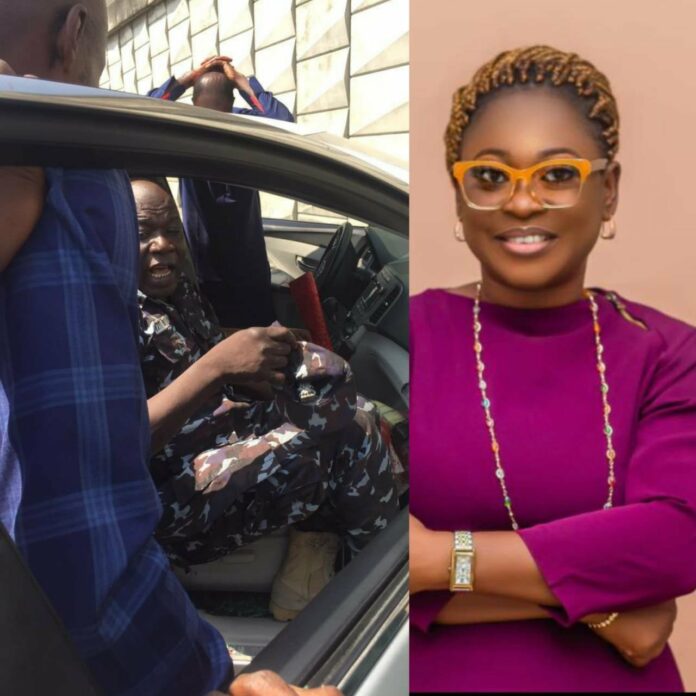 The skit maker said the police protect their men whenever they commit a crime as opposed to how they treat civilians accused of crime.

Mr Macaroni’s accusation comes on the heels of the recent killing of Barrister Ombolanle Raheem by a trigger-happy policeman in Lagos State on Christmas Day.

The policeman, an ASP, had opened fire on the unarmed lawyer on her way home from Christmas church service on Sunday in the Ajah area of Lagos.

Reacting to the incident, the Police Public Relations Officer, Lagos State Command, SP Benjamin Hundeyin, in a tweet, said the ASP that shot Raheem and two other police officers on duty with him have since been taken into custody.

“Unfortunate and avoidable incident that was. The ASP that shot and two others with him have since been taken into custody. They are to be moved to the SCID for further investigation,” SP Hundeyin wrote.

However, Mr Macaroni reacted to the tweet, accusing the police of protecting their own whenever they foul the law, unlike how they treat ordinary citizens when they commit a crime.

He wrote, “If it was a civilian that the police accused of a crime, even before proven guilty, you will give us their names, even snap pictures or make videos after beating them up. Keep protecting yours.

“I pray that all our oppressors will answer for their crimes against humanity one day.”