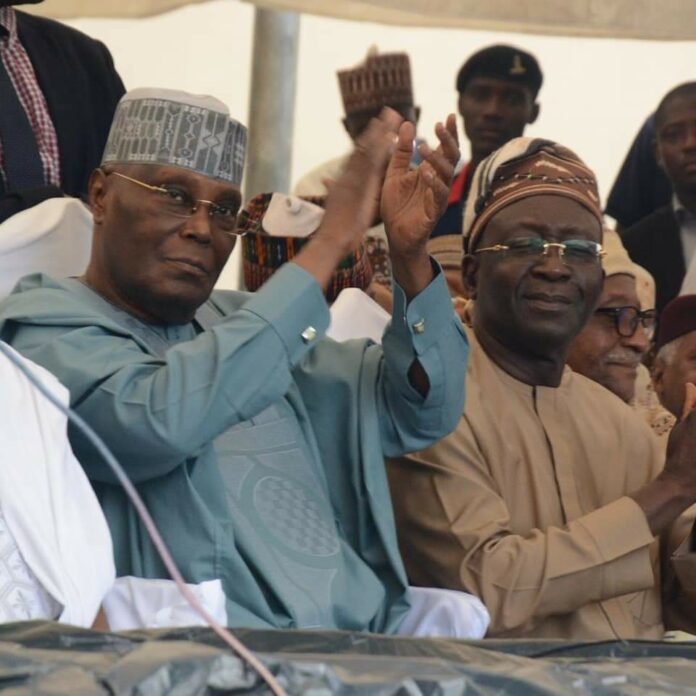 A former Governor of Kano State, Ibrahim Shekarau, on Monday, formally returned to the opposition People Democratic Party (PDP) after a spell at the New Nigeria People Party (NNPP).

Mr Shekarau moved to the NNPP with thousands of his supporters on 18 May, following a disagreement with the state governor, Abdullahi Ganduje, over the control of the ruling All Progressive Congress (APC) in the state.

The former governor was one of the politicians who formed the APC in 2013.

The former governor announced his defection from the NNPP at his residence in Kano at an event attended by the PDP presidential candidate, Atiku Abubakar, and his running mate, and governor of Delta State, Ifeanyi Okowa.

At the event, Mr Shekarau said he has written to inform the leadership of the NNPP of his intention to leave the party.

“Myself and thousands of my followers have defected to the People Democratic Party, and are now bona fide members of the PDP,” he said.

“I have formally written to the Independent National Electoral Commission (INEC) that I am no longer a senatorial candidate under the NNPP.

[b]The former governor said he will work to ensure the success of the presidential candidate of the party, Mr Atiku, not only in Kano but in all the states of the federation.

Mr Shekarau was subsequently registered as a member of the PDP by the national chairman of the party, Mr Ayu.

“It is my happiest day because Kano is strategic to the success of the party,” Mr Ayu remarked at the event.

He said the party is more interested in Mr Shekarau because he is a selfless leader who believes in teamwork and who abandoned his senatorial ambition to satisfy his people.

“The PDP always believed in teamwork and will never be an individualistic entity of any person,” Mr Ayu said.

Governors at the event include Aminu Tambuwal of Sokoto State; Darius Ishaku of Taraba State; and the National Chairman of the PDP, Iyorchia Ayu; and members of the party’s Board of Trustees led by Walid Jibril.