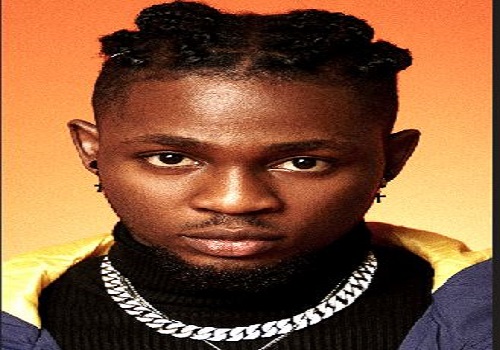 Popular singer Omah Lay has opened up about why he dropped out of the university six months after gaining admission.
The “Bad Influence” singer during an interview on ‘The 77 percent on Deutsche Welle (DW) said he was faced with the choice of remaining in school while struggling with the fees or going after mastering music production, which he was just learning at the time.

Omah Lay stated though it wasn’t an easy choice to make, he chose to follow his passion which was music production.

According to him: “I was in the university for like half a year, and I stopped. I just dropped out. Yeah, it was a hard choice to make because at that time I was just learning music production and I needed financing for school. I needed time for music production.

“At some point, it felt like a wrong choice, but then, things started clicking; I started making beats that I love, that wowed people.
“I started writing songs for people and people didn’t believe that that was me, and I just kept doing it until I found myself in Germany right now. I’m here right now, I’m doing this interview right now.”