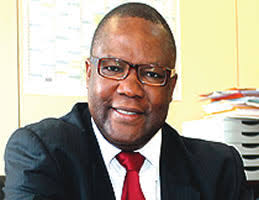 Former Deputy Governor of the Central Bank and popular public commentator as well as syndicated newspaper columnist, Dr. Obadiah Mailafia has condemned the current crop of northern leaders who he held responsible for the current security crisis plaguing the north.

In an interview in the Tribune Newspapers on May 1, 2021 which was closely monitored by Njenje Media, he opined that the likes of the Late Sardauna of Sokoto and first Premier of the Northern Region, Sir Ahmadu Bello, the former Prime Minister of Nigeria, Sir Abubakar Tafawa Balewa, the leader of the Northern Elements Progressive Union (NEPU), Malam Aminu Kano were the authentic leaders that the north had and that their deaths has filled a gargantuan leadership vacuum. The aforementioned were selfless and used their privileged positions to better the lot of the northerners. The current crop of northern leaders were different from them as they are blood thirsty, selfish and believe in primitive accumulation of wealth.

The fate of the Middle Belt – where he hails from is similar to what the blacks faced under the then Apartheid South Africa as they have been politically and economically subjugated by the sinister Fulani leaders who view their states as conquered territories.

He said that the absence of solid leadership was what was responsible for the surge in crime and youth unemployment where many graduates are forced by circumstances beyond their control to do menial jobs different from what they studied in the tertiary institutions to keep body and soul together.

The current Muhammadu Buhari led government has done nothing to inspire confidence to defeat insurgency and effectively tackle banditry. The All Progressives Congress (APC) who rode to power with the change mantra had greatly failed the nation. The poor economy has led to the concomitant rise in insurgency as well as banditry and the interventionist measures by the government to create jobs and prosperity have all ended up in a fiasco.

He expressed alarm at the rising debt and feared that many generations may not be able to repay it thereby mortgaging the future of the unborn to economic servitude. He also talked about the CBN’s printing of money as alleged by the Governor of Edo State, Godwin Obaseki and cleared the air on the controversial issue by saying that the CBN had the statutory duty to print money but the power should only be exercised sparingly.

He criticized the economic policies of the government and said that the change once promised by Buhari during his campaign has left Nigerians worse off and expressed dismay in any hope of a better life for the teeming populace.

He lamented that the economic growth rate of the nation was extremely low despite her exit from recession and expressed fears that the dividends of democracy via economic prosperity may continue to elude most Nigerians if the government doesn’t come up with a pragmatic approach in creating millions of jobs and making the investment climate conducive for foreign investors to come in.

He expressed fears that the death of former Chad Strongman, Idris Deby Itno will make insurgency in the Sahel rise to an all time high as insurgents feared him greatly and his demise may embolden them to carry out their dastardly acts.

He agreed with Oyo State Governor, Seyi Makinde who said that insurgents had come into Nigeria especially the South West all the way from Mali and expressed fears for the safety of most Nigerians.

He criticized Buhari for not firing the Minister of Communications & Digital Economy, Dr. Isa Pantami who confessed to making pro terrorist statements before claiming to have repented of them that they were made out of youthful exuberance. He said that Pantami being a terrorist sympathizer should have no place in Buhari’s cabinet adding that he was a great security risk. He criticized Pantami’s NIN policy and said it was being used as a smokescreen to import millions of aliens into the country and increase the population of the north so as to continually give the region an unfair advantage when it came to the distribution of the country’s resources.

He expressed his sturdy belief in restructuring as the way forward for the nation to solve its plethora of challenges and live up to its greatness potential like it once had when the British Union Jack was lowered at Independence in 1960.

CBN Governor Confirms That Naira Has Depreciated to N410/$1 At Official...