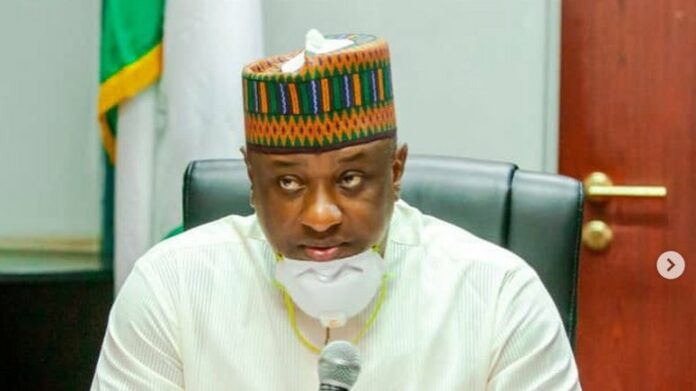 Ahead of the 2023 general election, the Minister of State for Labour and Employment and spokesperson for the presidential campaign organisation of the All Progressives Congress, Festus Keyamo (SAN), has advised pastors and other clerics to learn lessons from 2015 and avoid throwing their weight behind some candidates.

Keyamo, who spoke in an exclusive interview with our correspondents in Abuja, also advised the clerics to “face their core mandates”.

He said, “Having pastors tilt towards a particular candidate is a good thing for the country but after they fail, they will now go back to their core mandate. It is a mistake they are making and it is important they make it. I thought they would have learnt their lessons to separate the church from politics in 2015; they have not.

“Only God alone can give and dictate who he gives power to. God has not given them that mandate to choose who should rule over a nation. However, when you are trying to make that mistake, God will take back their mandate which is to win souls.

“They made a mistake, threw their act in the ring in 2015 and supported a candidate they lost, same in 2019, and now, they are doing that. I am a Christian, I grew up preaching from house to house and we were told they do not dabble in politics. Their duty is to lead people into the kingdom of God and not to (the Presidential) Villa. Villa is not heaven. God is allowing this to happen now because, after 2023, they would realise the mistakes they have made and that they have plunged the church into where they should not have.”

When asked to speak on the Muslim-Muslim ticket of his party and the claims about the persecution of Christians in Nigeria, the senior advocate said, “There’s no persecution going on. If they are looking to protect their interest, the position of the vice presidential candidate can’t protect their interest. The VP is fully subordinate to the President. If it were so, why are they crying (over) prosecution under Buhari? Government is run on a tripod; we have the executive, legislature, and judiciary.”

“The only person that can check and start an impeachment move against the President is the Senate President. The VP cannot do that. If they think we want to Islamise the country, a claim which is not true, they should go and look for someone that will become the Senate President and do everything to ensure he emerges.

“They are not making that calculation now. The best calculation is to support the APC. We are likely to produce the majority in the Senate and negotiate how someone who will protect their interest will become the Senate President. That is what they should be doing and not the route they are taking.

It’s practically impossible to change Nigeria to an Islamic country. constitution They have nothing to fear. My candidate’s wife is a pastor, the chapel church will be functional,” he added