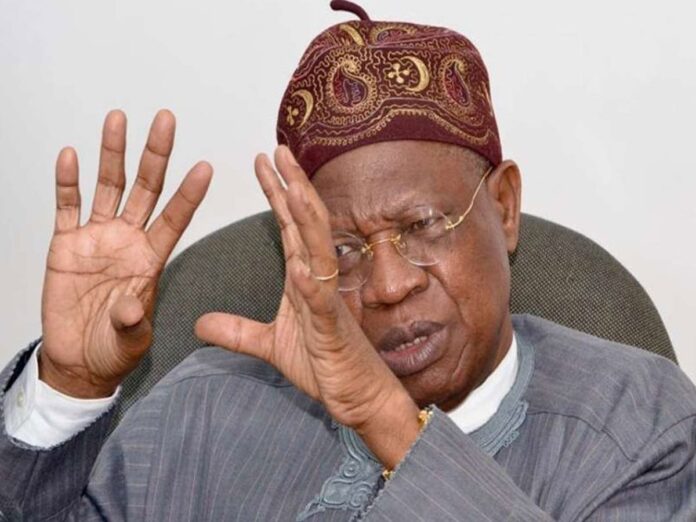 Nigeria’s Minister of Information and Culture has claimed the country’s present security challenges are as a result of the consequences of the 1975 coup d’etat, Njenje Media News reports.

Lai Mohammed while answering questions in an interview on Channels Television on Monday, April 26 recalled how the lead discussant at the town-hall meeting on national security organized by the federal government narrated how the Gowon government was planning to ensure free and compulsory primary education for children of school age.

The coup, which took place on July 29, 1975, overthrew Yakubu Gowon and brought Murtala Muhammed to power.

“The fact is that in 1973, we were informed by the lead discussant and that the government of the day then had a retreat and said there must be a national pledge that what is that thing that we must do to ensure that we did not go through another civil war. The government of that day came out with a decision that what will prevent another civil war is to ensure that anybody born after January 1970 has free and compulsory primary education.”

“Regrettably, that administration was overthrown two years later and all the lofty ideas and all the preparations that were needed to ensure that every child of school age acquired free and compulsory education were jettisoned. And we are paying the price today because if you have 13.2 million children of school-age out of school that is the market which Boko Haram, bandits, IPOB and other militants, that is the market where they recruit people.”

“It was consequently resolved at the town hall meeting that all three levels of government must ensure that we go back to that and ensure at least free primary education for the first nine years for each child.”

Nnamdi Kanu Must Listen To Us — Ohanaeze Ndigbo