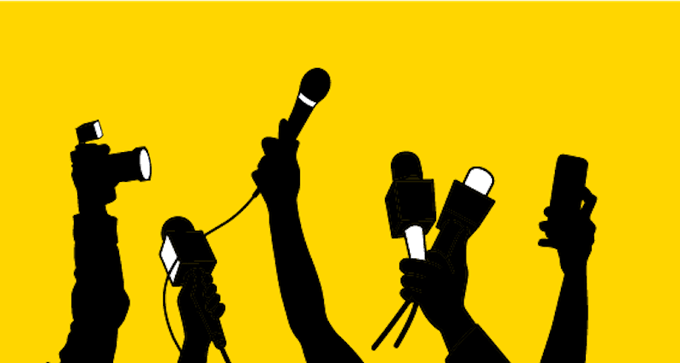 All through the ages man has cried in earnest for the right to be free. All the Revolutions from the French Revolution in the 18th Century which spanned a decade to the American War for Independence against Great Britain under King George III to the agitations for independence in Africa in the 20th Century, one common denominator is the loud cry for the sweet elixir of freedom to be able to live according to one’s dictates and not tied to the apron strings of another.

The power or right of a person to act, speak or think as he or she wants is the most basic definition of freedom. The mere thought of having the free will to do as one likes can be alluringly tempting but may come with a poisoned chalice; the tendency to abuse the free will and infringe on the freedom of others. A popular aphorism goes thus: Your freedom starts when mine ends and this rings true in everyday life as without it life will be extremely chaotic and worse than the Thomas Hobbesian definition of the State of Nature.

It is on the aegis of this that established laws of freedom, around the world have its own limitations. For every freedom, there is a limitation. Laws exist to curtail freedoms even though every mortal has the inalienable right to be free.

We have the freedom of speech for everyone but it has its own limitation: slander and libel. This is suffice to say you can’t hide under the guise of freedom to defame someone and subject that person to public opprobrium and ridicule.

The freedom of movement is limited by trespass: You can’t move heedlessly as you like into other people’s property, government reserved establishments et al.

Freedom of association is limited by belonging to outlawed, secret groups not known to law.

Section 39 (1) of the 1999 constitution of Nigeria reads: ‘”Every person shall be entitled to freedom of expression, including freedom to hold opinions and to receive and impart ideas and information without inference”

Press Freedom entails the right of communication and expression through the electronic and print media should be upheld. It connotes that such freedom has the absence of interference from an overreaching state but its preservation has to be sought through constitutional or legal scrutiny.

Press houses are guided by acts of establishment and code of ethics, they are established under extant laws of the Nigerian state and are subject to codes and conduct of the National Broadcasting Commission.

In fact, setting up a media brand and registering it in the Nigerian airways, you have to accept the rules and standards of the NBC.

The commission, which was set up on August 24, 1992, by Decree 38 of 1992 later amended as an act of the National Assembly by Act 55 of 1999 and now known as National Broadcasting Commission Laws of the Federation 2004, CAP N11 will primarily regulate and control the broadcasting industry in Nigeria.

RELATED POSTS:  Nigeria Is Not A Failed State But.... -- The Guardian View On Nigeria's Violence

There are Broadcasting codes handed out to terrestrial and non-terrestrial TV stations, which they must adhere to. Channels Television directly contacted and interviewed a proscribed organization’s spokesperson on air, where he was allowed to pour invectives on the Nigerian State and tools of Sovereignty. Two laws were breached in the broadcasting code: A Media house having contact with an outlawed group and the spokesman making inciting and inflammatory statement live on air without reprimand from the media house. This is not freedom but a descent to press inanity. Channels TV should know better.

The sentiment of if the proscription of IPOB was fair is not within NBC’s power to decide. It is in the legal franchise of the proscribed group to seek redress in a higher court of the land and until that is done, it remains an outlawed group. NBC operates under the dictates of the Nigerian constitution and its own broadcasting rules, the rules the media houses are aware of and as such cannot be moved by public sentiments of matters of legal jurisprudence.

Some critics of the IPOB proscription have opined that the Nnamdi Kanu led organization is a bloodless one that is focused on the rights of self-determination. The 1999 Constitution doesn’t give room for any form of secession which is the raison d’etre behind the formation of IPOB. Some advocates of restructuring have clamoured for a secessionist clause to be in the Constitution similar to what the Action Group clamoured for in the 1960 Independence Constitution which was rejected by Dr. Nnamdi Azikiwe and Sir Ahmadu Bello. Until that happens, secession is outlawed as well as all groups that are its apologists and so the media has to set its boundaries when eliciting information from such groups as the Fourth Estate of the Realm with the onerous duty of holding the government to account shouldn’t be seen to be sturdily backing any form of illegality.

Yes, there are underlying issues of high-handedness of the Nigerian Government, the tendency to muzzle dissenting voices, using the instruments of the Nigerian State but it should not cover our objectivity to see a breach where it is. There was a breach and its good Channels TV has apologized for his goof and accepted responsibility for its actions but the suspension of the station and the fine imposition by NBC is not a gag on press freedom. Press freedom has its own limitation, just like other freedoms in the world.

Treason is not a miniscule offence and the action of Channels TV was akin to being sympathetic to it. In an era of the unregulated new media where online newspapers spring up faster than the speed of light, they may be tempted to follow suit to begin to conduct interviews with proscribed groups in order to trend and get more views which will spell doom in no small measure.

Channels TV, a multiple award winning television station with over two decades of robust broadcasting should learn the salient lessons and like the Biblical Prodigal son should go and sin no more.

Arakunrin Ayoola Faseyi, the co-founder of THE VENT REPUBLIC writes from Lagos.
faseyiayoola@gmail.com