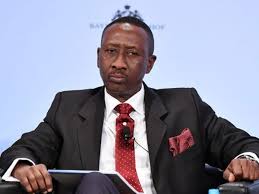 The Conference of States Civil Society Networks yesterday demanded a probe of the $1 billion arms deal, that is being alleged to have been misappropriated, and urged President Muhammadu Buhari to urgently set up a special panel of investigation on the matter, Njenje Media News reports.

Comrade Ibrahim Waiya, President, Kano Civil Society Forum on behalf of eight civil society groups across northern states, in a communique issued at the end of its two-day meeting held in Kano, threw his weight behind the efforts of the federal government in the fight against corruption, as well as promotion of transparency and accountability in governance.

The communiqué called on the National Assembly to support the advocacy for the setting up of the panel of an investigation by the Presidency on the alleged missing $1 billion released for the procurement of arms and ammunition to fight insecurity ravaging the country.

Njenje Media News recalls that the National Security Adviser, (NSA), Babagana Monguno, had in an interview with the British Broadcasting Corporation (BBC) posited that funds for arms purchase were missing under former service chiefs, though he later said he was misquoted.

There were insinuations of a plot to remove the NSA as a result of the outburst, the communique condemned the alleged plan.

Part of the communique reads:

“The states-based civil society networks express serious concerns about the scale of the insecurity in the northern region and Nigeria in general, ranging from insurgency, abductions, kidnapping, and violent conflict that have become too common. As civil society organizations, we identified the need to promote a common understanding of the genesis and current state of these unfortunate developments which have overwhelming implications on the lives and safety of citizens and which have equally degenerated in overheating the nation’s polity, and dividing Nigerians along those lines.”