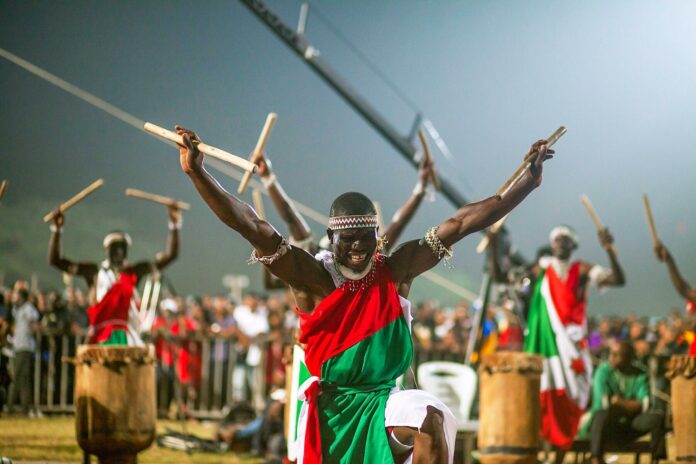 Join Our Telegram Channel Join Our WhatsApp Group
From Okwe Obi, Abuja
Barring any last minute change, Organizers of Eastern Nigeria International Film Festival (ENIFF) has said the third edition of the film event will hold in Enugu State, from November 29 to December 2, with new innovations.
Since its inception in 2020, ENIFF has attracted over four thousand submissions from creative filmmakers around the world. From Oscar award winning director to first time filmmakers,
The Founders, Obianujuaku Akukwe and Chris Odili, in a statement recently noted that ENIFF provides a platform to discover new frontiers in film production, celebrate creative prowess, empower storytellers, encourage the young and upcoming, offer networking opportunities by connecting filmmakers across the globe.
They stated that ENIFF’s goal was to contribute to the creative economy in the South-East and the growth of filmmaking in Africa.
According to them, they were always in conversation with filmmakers across the continent and beyond to keep abreast with new trends in the global industry as well as highlight milestone achievements in African filmmaking.
Akukwe said the quintessential Beyond Nollywood curator, Nadia Denton, was in conversation with award winning Nigerian filmmakers, Chuka Ejorh and C.J Obasi to discuss cultural influence in films and the future of filmmaking in the country.
The statement reads: “The film scholar, Dr Ezinne Ezepue, also engages the international docu-fiction film-maker, Val Lopes in a conversation of gazing into the future of Africa through film.
“As part of the activities this year, our partner, the American Film Showcase in ENIFF will serve as part of programs of the United States Consulate to commemorate the 16 Days Activism Against Gender Based Violence.
“Because ENIFF 2022 has received more, it promises to be bigger this year, featuring tailor-made master classes and workshops that have been designed to address requests from filmmakers themselves, delivered by senior industry executives like Kene Mkparu, Maliz Mahop, Emeka Mba, and festival partners.
“Showcasing over fifty competitively selected films from as many as twenty countries, the festival will open with the award winning film-maker, Obi Emelonye’s Black Mail (2022)–the Nollywood film with the biggest ever United Kingdom release.
“ENIFF 2022 partners are the United States Mission, AfiaTv and Viva Cinemas. ENIFF look forward to hosting you in the peaceful coal city of Enugu, Nigeria.&#8221
RELATED POSTS:  Igbo Ekunie Initiative Condemns Meth (Mkpụrụmmiri) Manufacturing & Consumption In AlaIgbo