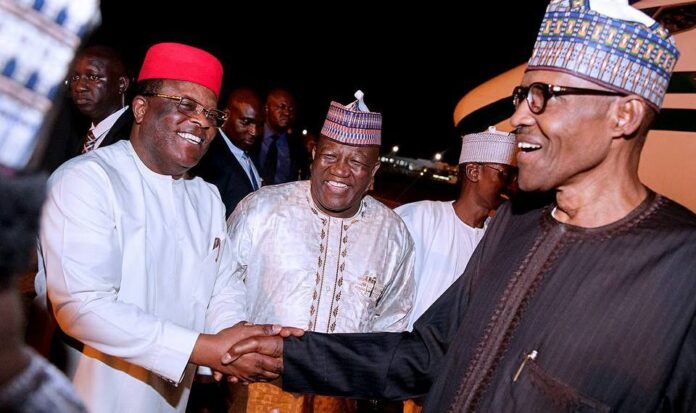 The government of Ebonyi State has denied reports it was part of the states of the Federation that has received cash from the Federal Government for the purpose of ranching in the State, Njenje Media News reports.

Reports were rife that the State goverment had received the sum of 6 million naira as part of the Federal Governement plans to induce some southern states to provide ranching space for cow herders. The rumor gained more traction with a statement credited to the Presidency that it has allocated the sum to Ebonyi state.

The Special Assistant to Governor Dave Umahi on Media and Publicity, Mr Francis Nwaze refuted the claim and asserted that there will be no land for ranching in the state.

Njenje Media News has a copy of the Press sattement, please read below:

We have received the news making the rounds that Ebonyi State is among the States in the Federation that has received the sum of 6 billion naira each for ranching as attributed to the Special Assistant to the President on Media and Publicity, Mr. Garba Shehu while responding to questions on Channels Television on Wednesday night and we wish to clarify as follows:

That should any Ebonyian opt to engage in personal ranching, Ebonyians should see such venture as a personal decision of such person who must use his/her land for the purpose.

This is because Ebonyi State Government has continued to maintain that there is no land for ranching in the state and it is not about reneging from the decision.