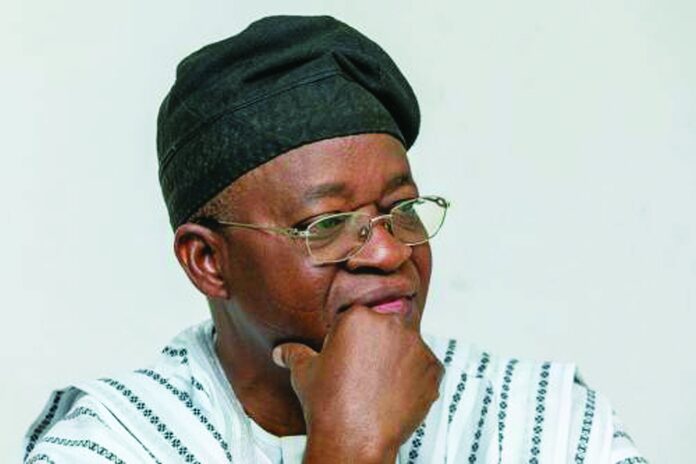 The Osun State Government has alleged another looting of public properties by the previous administration, Njenje Media News reports.

According to a press statement on Monday by Olawale Rasheed, the spokesperson to Governor Ademola Adeleke, the discovery pertained to the Osun State Governor’s Lodge in Abuja.

The statement disclosed that the pillaging of assets in the lodge was uncovered during a physical inspection of the facility during the weekend.

The government which alleged that the lodge was stripped of all valuables added that the items carted away were acquired with public funds by officials of the Adegboyega Oyetola Administration.

The government noted that the Osun Governor’s Lodge was also in a similar state as the looted Deputy Governor’s quarters at the Government House Oke-Fia, Osogbo.

According to the statement: “On the physical inspection team was the Chairman of State Assets Inventory and Recovery Committee, Dr B.T Salam and other top government functionaries. The lodge was stripped of all valuables acquired with public funds by those officials of the past administration.

“From the main house to the service flats and up to the boys’ quarters, clear indications of valuables removed can be observed. Items such as television sets, chairs, foams, electrical fittings, bed sheets, spoons and cutleries, among other valuables were illegally removed from the lodge. Every utility vehicle procured for use in the lodge was also carted away from the building.

“The lodge was in a terrible state and similar to the way we found the Deputy Governor’s quarters and others at the Government House in Osogbo following the brazen looting of that facility.

“We are shocked by this lust for materialism as evidenced in the unexplained pilfering of public properties by officials of the past administration. Civil servants in the Abuja lodge confirmed the pillaging of the state’s assets by Mr Oyetola’s men but said they were powerless in stopping them.

“That this happened in the Federal Capital Territory is another peep into the gross abuse of office by officials of the past administration.

“Those who think we were playing politics with the revelation only just need to see the level of theft of public assets that we found on ground.

“This matter, just like those before it, is being looked into by the Assets Inventory and Recovery Committee and we want to assure the public of this government’s firm resolve to recover every stolen asset.”

The statement which revealed that the Assets Recovery Committee is working round the clock to track and recover all looted assets warned individuals in possession of public properties to return them forthwith.

Recall that the state’s Deputy Governor, Kola Adewusi had alleged that the Deputy Governor’s Quarters in the Government House, Osogbo was looted and valuables carted away before the assumption of office of the Peoples Democratic Party (PDP) administration of Ademola Adeleke.

Alabi added that he would not be dragged into the matter as he left the quarters long before the handover date of November 27, 2022.

Also, reacting, the spokesperson of the previous governor, Adegboyega Oyetola, Ismail Omipidan added that all properties in the Government House were handed over to security personnel and inventories taken.

Responding, the state government accused Omipidan of dragging security personnel into the matter.