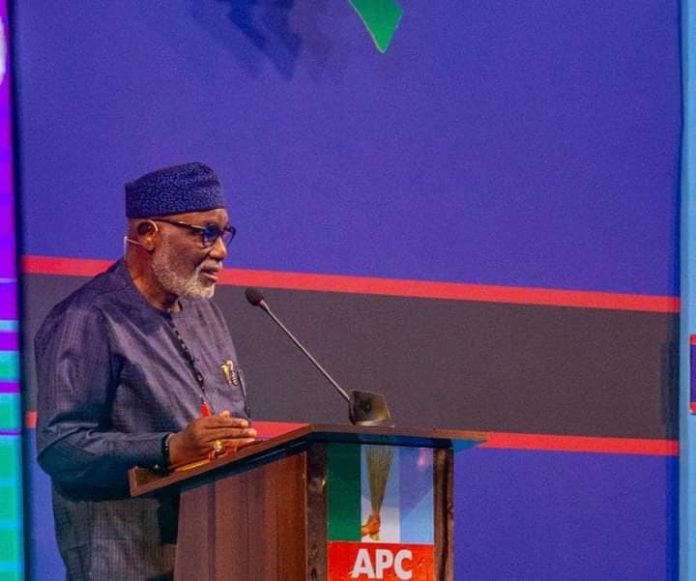 Arakunrin Rotimi Akeredolu, the governor of Ondo State has warned that the 2023 general elections might not hold if current state of insecurity in the county is not addressed, Njenje Media News reports.

Akeredolu made this known in an interview programme on Channels Television ‘Politics Today’ on Tuesday.

The governor asked the Federal Government to urgently proffer a solution to the deteriorating insecurity situation in the country.

The Ondo State governor while condemning the attack on the Benue State governor, Samuel Ortom, wondered why governors would be the target of attack.

He described Ortoms attack as unfortunate, and lent his voice to his colleague governor’s submission that elections might be disrupted in 2023 if nothing is done to nip insecurity in the bud.

“Nigerians should be worried if banditry activities reach its full-scale.

“I think Governor Ortom is right, definitely we cannot conduct election under an insecure environment.

“So if insecurity is not nipped in the bud, it will escalate and if it escalates, all of us should be worried that as at the time we are getting to 2023, we might have a full-scale banditry and other insecurity in the country,”

“With that, there is nobody that can carry out any election under that atmosphere. What is clear is that he has made a good point that the Federal Government must sit up.

“Something just has to be done now to ensure that this issue of insecurity that is escalating by the day is now nipped in the bud and deescalated as soon as possible.”

“We cannot continue to scratch the issue of insecurity on the surface. Security Chiefs must come together and provide solution to the problem. There must be swift responses to cases of insecurity at all levels.

“There must be a swift response to all this level of insecurity. For now, since there is nothing else to do, those of us who believe that there should be multi-level policing and the time has come for us to have state police, it is not something you can force down.

“It is something that will have to go through the National Assembly. It takes some time but that is the goal. But before then, I believe that we can have meetings, set up committees on insecurity. Let it be addressed wholesomely without any bias.”

People With Resources And Influence Are The Ones Causing Violence In...