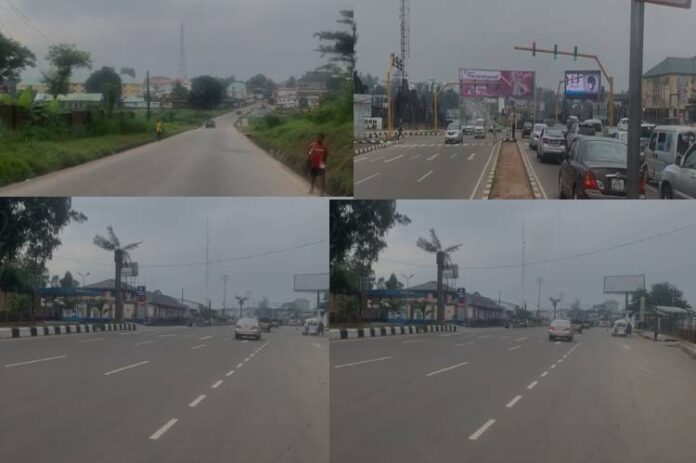 Shops, businesses, offices and filling stations were shut down in Anambra, Enugu and Imo states  in the South eastern part of Nigeria, in compliance with the Stay-at-home order of the Indigenous People of Biafra (IPOB), Njenje Media News reports.

According to TVC News, most people complied with the order as streets are near deserted and few vehicles are seen moving. Residents too trek for distance to get to their destinations.

The proscribed Indigenous People of Biafra had earlier issued the sit-at-home order as a mark of protest from the South East region, demanding for the release of their leader, Nnamdi Kanu.

Also in Owerri, the Imo State capital most shops are under lock and keys as few vehicles are seen on the major roads. Other commercial institutions like banks closed shops to customers.

At the state Secretariat, Offices opened but the number of workers who resumed for duty was not optimal.

Although, there have not been any report of violence as security agents manned major check joints to forestall any break down of law and order.